Rabat - Pundits and football fans have praised Portugal’s display of intense, direct, and organized counterattacks in their impressive opener against Spain, but the Portuguese coach believes they need to improve their game to be sure to claim victory against Morocco. 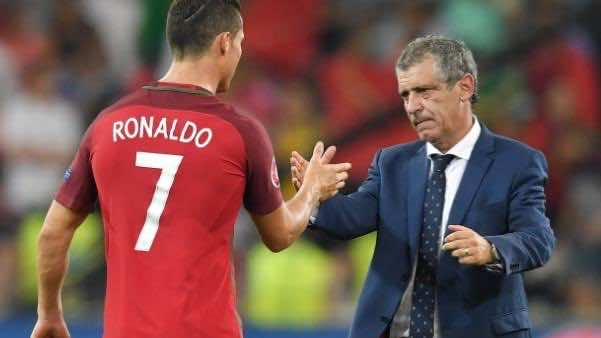 Rabat – Pundits and football fans have praised Portugal’s display of intense, direct, and organized counterattacks in their impressive opener against Spain, but the Portuguese coach believes they need to improve their game to be sure to claim victory against Morocco.

Reminding his team that the North Africans are a serious opponent, Coach Fernando Santos asked his players to play like they did at the 2016 European championships.

“We thought about what we did in the first game against Spain and we tried to rectify in training what we did not do well, but there is no magic solution. Things do not work like this. Portugal have the capacity to do better than we played against Spain and I hope we can correct our mistakes.”

Fernando Santos is also counting on his best player, Real Madrid’s talisman Cristiano Ronaldo, to be sharp, present, and clinical. “I hope that Cristiano will have just as good a game as he did against Spain and that is enough to win the game and collect three points.”

But for all the morale boost and the finishing quality that a player like Ronaldo can bring to a team, Santos did not make any misplaced remarks before an unclaimed victory, in recognition that Morocco has the quality players and the tactical means to create an upset.

“We are at the World Cup and we have to show Morocco respect because they are an excellent team.”

The two teams meet today at 1 p.m. (Moroccan time), with each squad hoping to prolong its World Cup dream.

Morocco now sits at the bottom of group B with zero points, having lost their opener against Iran with an own goal. Portugal is second in the group with 1 point and comes to today’s game with both mathematical and mental advantage. While both teams need to do well to expect a qualifying spot for the next round, Morocco must win its remaining two matches to ensure qualification.

“We must do everything to make it a less exceptional game for him tomorrow,” Morocco’s coach, Hervé Renard, said, suggesting that should his squad successfully tame Ronaldo’s thirst for goals, Morocco can expect to have things go its way.

“Tomorrow will be a final for us, an important battle. We will give our life on the pitch,” Moroccan defender Nabil Dirar said in a press conference yesterday.