Rabat - The remarkable Moroccan team did not make it against Portugal (1-0). Leaving the World Cup competition, the Atlas Lions had given their best to make Moroccan fans proud. 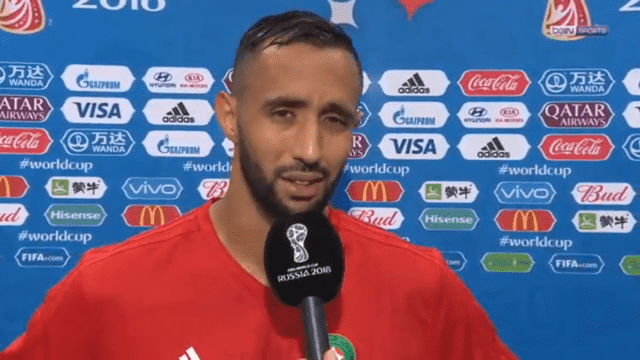 Rabat – The remarkable Moroccan team did not make it against Portugal (1-0). Leaving the World Cup competition, the Atlas Lions had given their best to make Moroccan fans proud.

Despite an outstanding performance in their second game, the national team have to go home after their last game in the group stage against Spain, June 25.

Speaking after the Morocco-Portugal match, the captain of the national team, Mehdi Benatia, had a lot to say on some people who “turned their backs” on the team since they lost the first game against Iran.

“People close to us have already turned their backs on us after the first game. I say it and I repeat it well, some people close to the team thought that we had become spoiled children since the qualification at the World Cup, that we did not deserve to be there,” he revealed to beIN Sports.

“These are not journalists or other people but close people who should not have that kind of words, yet they got it. We the players, we wanted to show to these puppets what we are capable of,” added the Juventus defender.

“That we are a generation that has a lot of heart. We are not the best in the world but we have a lot of heart and today we saw it. We saw players like Boussoufa who is 1m50 take on guys who are two meters. We saw a team of men. I am sad to come out of this competition. But a big thank you to all our people,” he concluded.

Just like his coach, Hervé Renard, Benatia, 31, was not happy with the referee’s decisions in the Portugal game.

“The difference between them [Portugal] and us [Morocco] is that they have Cristiano. He needs half a chance to score. But I invite you to review the goal. There is a huge fault of Pepe on Boutaïb. I went to see the referee and told him: ‘I know that there are some great players in front, but a little respect for our country!’”

The French-Moroccan football player also praised the Moroccan fans and promised them better days, starting with the last game against Spain on Monday.

“We will give everything against Spain and do everything to win or at least mark. The goal is to give pride to this country. There are talented young people in this team, I do not worry about this generation. “