Rabat - Saudi Arabia has lost its second game in a row, making the Gulf country the third nation, after Egypt and Morocco, that can practically say goodbye to the 2018 World Cup. 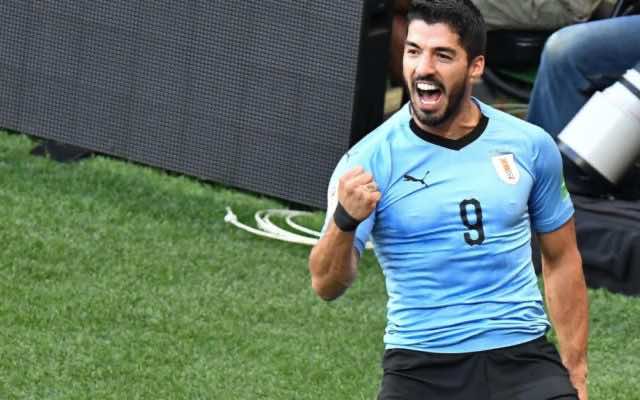 Rabat – Saudi Arabia has lost its second game in a row, making the Gulf country the third nation, after Egypt and Morocco, that can practically say goodbye to the 2018 World Cup.

But given the manner in which Saudi Arabia lost to Uruguay yesterday, fans gave them credit for “playing free flowing and entertaining football.” The Saudis’ improved performance even got some thinking whether Uruguay’s dull, “boring and Atletico-Madrid-inspired football” will get them any further in the tournament.

Although Uruguay’s 1-0 win sent Saudi Arabia out of the tournament, the match was a consolidation of the pattern that has been forming at this World Cup. Underdogs now play with intensity, belief, and some sense of urgency, however slack and indecisive they tend to be in the crucial moments.

Saudi Arabia kept the ball but lacked a player who could step up to score and inspire his teammates to victory.

Uruguay, for all their uninteresting performance, had Suarez’s 23rd minute goal to give them what they needed: a ticket into the next phase.

Driven by Luis Suarez and Edinson Cavani, the South Americans tried on numerous occasions to find the net, but the Saudis were more compact than they were against Russia, when they lost 5-0. They had a well-organized wall to deny their opponents the many goals that observers expected from this match.

Saudis had probably come to the match to make a statement: showing glimpses of the playing quality and positive vibes that eluded them in their devastating opener against Russia.

They controlled the ball for much of the game with 53% possession, with Uruguay counting on long passes and counterattacks. Saudi Arabia had moments of inspirations on the wings and in the midfield, but they lacked character and precision in front of the South American goal.

The second half looked like a dull and unattractive copy of the first: Saudi’s impotent possession and Uruguay’s display of complacent and boring football. Perhaps the South Americans did not intend to make an impression, knowing that they would win.

One should hope that they are keeping the energy and the brilliance of their cutting-edge playmakers for the next round, otherwise the round of 16 may be their barrier.

While Saudi Arabia had no interest in scoring, or perhaps did not know how to, Uruguay did what they do best: finding ways to end a dull performance with a crucial win.