Rabat - He was one of the most recognized painters in Morocco. The Moroccan painter and artist Hassan El Glaoui died Thursday morning in Rabat, at the age of 94, according to a statement of his family, reported by MAP. 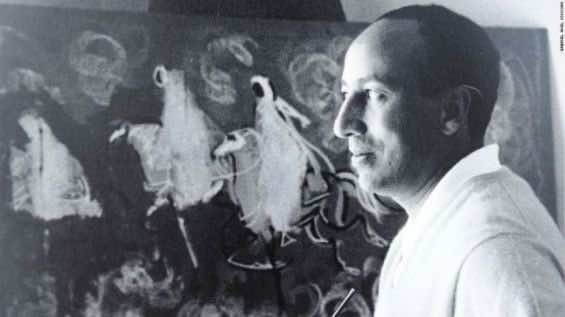 Rabat – He was one of the most recognized painters in Morocco. The Moroccan painter and artist Hassan El Glaoui died Thursday morning in Rabat, at the age of 94, according to a statement of his family, reported by MAP.

The painter had distinguished himself by an exemplary artistic career and is considered one of the pioneers of contemporary art in Morocco. His paintings have received international recognition.

Famous for horse painting, Hassan El Glaoui owes his success to former British Prime Minister Winston Churchill, who, on one of his visits to Marrakech, convinced El Glaoui’s father to allow him to pursue his artistic vocation. He was subsequently sent to France, where he continued his studies at the Ecole Supérieure des Beaux-Arts in Paris.

Hassan El Glaoui organized numerous exhibitions in Morocco and abroad, including paintings depicting the reality of Morocco in general, and Marrakech in particular.

The funeral will be held on Thursday at Zaouia Hassounia in Salé following Al Asr, the afternoon prayer.

Hassan El Glaoui is the eldest son of the last Pasha of Morocco, Thami El Glaoui, who participated in the pacification of the country on behalf of the French protectorate.

In 1957, he participated in the 2nd Biennial of Alexandria and in 1963 in the “Two thousand years of art in Morocco,” a collective exhibition at the Charpentier Gallery in Paris.

Churchill ‘told my father that I have talent’

The Moroccan painter met Winston Churchill as a young artist in the making. He recalled meeting Churchill, known as a prolific painter, in an interview in 2014 with French outlet Le Figaro.

“My first memory is in fact a memory of my mother, warning me that my father’s house was in full preparation to receive his great friend, the British Prime Minister, Sir Winston Churchill. It was in the 1940s, 1943 maybe. One day, in particular, my father asked me to organize an exceptional trip for Churchill to discover southern Morocco.”

“I am very grateful that [Churchill] told my father that I have talent and that I should be allowed to pursue academic training in Paris,” he added.

El Glaoui will continue to live through his legacy. His youngest daughter, Touria El Glaoui, who launched the 1-54 Contemporary African Art Fair in London, has been referencing her father’s work for ten years.

In January 2011 in London and then in 2013 in Marrakech, she organized a mirrored exhibition of paintings by Winston Churchill and Hassan El Glaoui called Meetings in Marrakech.