Rabat - A US delegation led by President Donald Trump’s Special Envoy for the World Coalition to defeat ISIS Brett McGurk will participate in a political directors’ level meeting in Rabat on Tuesday, June 26. 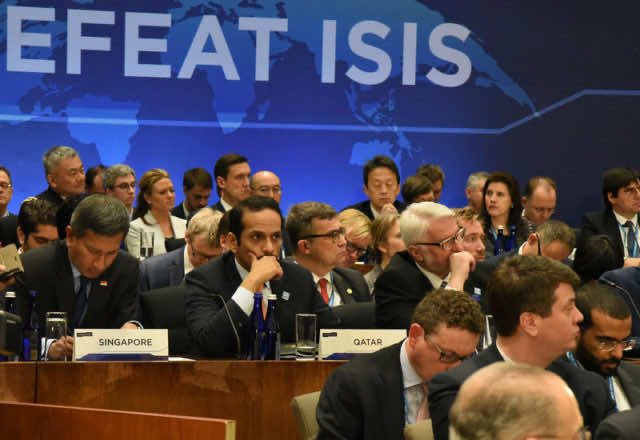 Rabat – A US delegation led by President Donald Trump’s Special Envoy for the World Coalition to defeat ISIS Brett McGurk will participate in a political directors’ level meeting in Rabat on Tuesday, June 26.

The high-level meeting will convene key members of the coalition to discuss the next steps to ensure ISIS “is dealt an enduring defeat” in conflict zones, especially Syria and Iraq, according to a statement published by the US State Department.

The meeting will also serve as a platform to accelerate “a collective approach to defeat ISIS’ global ambitions.”

The attendees will also conduct detailed talks  about ISIS’ presence in Africa, including US priorities “for the Coalition’s multiple lines of effort, including stabilization, foreign terrorist fighters, counter-terrorist financing, and counter-messaging.”

The key members of the coalition meet regularly meet to consult and reinforce efforts to curb the presence of ISIS in conflict zones.

The last meeting of the coalition took place on February 13 at the ministerial level in Kuwait.

A previous press briefing published by the US State of Department announced that US Deputy Secretary of State John J. Sullivan is expected to visit Morocco late this week as part of his tour to Europe and North Africa.

The official is set to meet with several senior official of the Moroccan government to discuss a series of political security and economic issues, including Morocco’s important contributions to the Global Coalition to Defeat ISIS. He will also meet with a group of Moroccan youth in Casablanca.