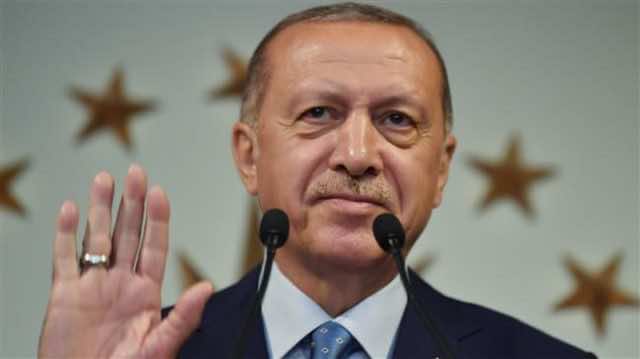 Rabat- Turkish Head of State Recep Tayyip Erdogan was re-elected in the first round of voting on Sunday for a new five-year term, securing 52.5 percent of the vote.

The 64-year-old who has led Turkey for the past 15 years has conquered powerful opposition parties  to be re-elected in Turkey.

The Turkish electoral authorities said early Monday, that Erdogan had obtained an absolute majority of the votes cast, allowing him to be elected in the first round.

With more than 97 percent of the votes counted, the Election Commission Chairman Sadi Guven confirmed that Erdogan ranks the first in Turkey’s election.

As for the parliamentary elections, Erdogan’s AKP achieved 42 percent of the vote.

Erdogan’s closest challenger, the Social Democrat Muharrem Ince, received 30.7 percent of the vote. The anti-Erdogan alliance formed by several opposition parties for the parliamentary poll collected 34 percent of that vote, according to the partial results published by news outlet Anadolu.

Erdogan confirmed that the new phase of power will deeply allow him to treat the national and economic problems and fight Kurdish rebels in southeast Turkey as well as in neighboring Iraq and Syria.

Erdogan is the most powerful and influential Turkish leader in the country since the days of Mustafa Kemal Ataturk, president of Turkey from 1923 to 2938, who is known as “the founder” of modern day Turkey.

Morocco and Turkey share mutual cooperation on many international issues. Both countries signed an agreement to establish a high level strategic council in 2013.