Rabat - Mohamed Salah’s relationship with Egypt’s national team has been tainted by politics, and the Egyptian forward is reportedly considering early international retirement due to his “unhappiness” over what happened in Grozny, Chechnya, Egypt’s training base at the 2018 FIFA World Cup. 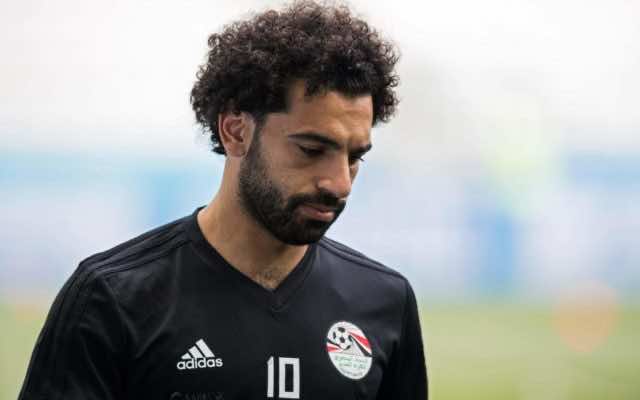 Rabat – Mohamed Salah’s relationship with Egypt’s national team has been tainted by politics, and the Egyptian forward is reportedly considering early international retirement due to his “unhappiness” over what happened in Grozny, Chechnya, Egypt’s training base at the 2018 FIFA World Cup.

Mohamed Salah, who this year had a magnificent season in the Premier League with Liverpool, earning six individual awards in the process, is the leading star and captain of Egypt’s national squad at the World Cup in Russia.

At the squad’s training camp, however, there was a fallout between the player and the Egypt Football Association (FA) over a picture of the Liverpool star and Chechen leader Ramzan Kadyrov taken just before the start of the World Cup.

The picture, which featured the Chechen leader smiling profusely alongside Liverpool’s “Egyptian King” who wore a rather contrived smile, went viral in the first week of the tournament.

Kadyrov, the leader of Chechnya, a Russian federal subject, since 2004, has been criticized for his hostile attitude towards political dissent and minority rights.

Last week, Kadyrov went a step further by making Salah an “honorary citizen of the Chechen Republic.” The Chechen leader tweeted a picture of himself and Salah at what looked like an official ceremony.

“Mohamed Salah is an honorary citizen of the Chechen Republic! That’s right! I gave Mohamed Salah a copy of the order and a pin at a celebratory dinner that I gave in honor of the Egyptian team,” the tweet read.

Many football enthusiasts and commenters have said that the Chechen leader used the Liverpool star as a pawn to serve his own image. The latest reports suggest that Mohamed Salah felt the same way.

Salah believes that he has been politically used and is therefore considering putting an end to his international career, say reports, elaborating that the forward is waiting for his country’s final match at the Russian World Cup to make a final decision.

Explaining Salah’s reluctance of being associated with anything outside of football, and particularly politics, a source close to the star told CNN that Salah “felt exposed by what happened in Chechnya.”

A statement by the Egyptian FA denied the allegations, however.

“We were always informed by Salah when he takes any decisions,” the statement said. “We spend the whole day together and he never discussed the issue with any of the delegation’s members.”

Egypt, who have been eliminated from the tournament following two consecutive defeats in Group A, played their final match today against Saudi Arabia. Both teams were already out of the tournament, but played to secure an honorable end to their Russian adventure. Salah scored an early goal for Egypt, but Saudi Arabia soon scored an equalizer, and in the final moments of the game, Saudi Arabia took victory with a second goal.