Rabat- Spanish defender Sergio Ramos said that his team went through “some uncomfortable minutes” during the World Cup’s final Group B game against Morocco on Monday. 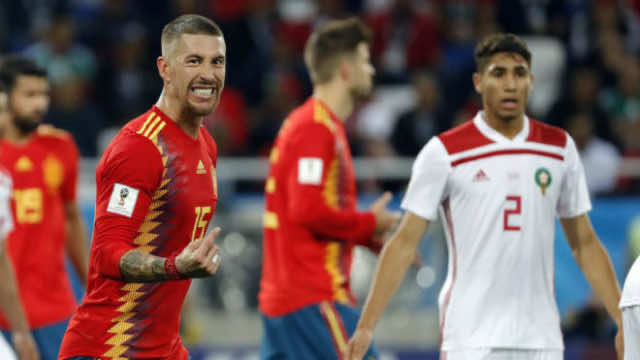 By
Ahlam Ben Saga
-
Ahlam Ben Saga is a Cultural Studies graduate from university Mohammed V of Literature and Humanities in Rabat.
Jun 26, 2018
Spread the love

Rabat- Spanish defender Sergio Ramos said that his team went through “some uncomfortable minutes” during the World Cup’s final Group B game against Morocco on Monday.

Although Spain is now leading World Cup Group B, after pulling off a 2-2 equaliser with Morocco in the last minutes of the match, Ramos was not happy about his team being taken on by the Atlas Lions who had been leading the game with a pulsating 2-1 score.

“We progress first in the group, which was the aim, although the game wasn’t good,” he told Spanish national news press, Marca.

Morocco has made the giant football team consider self-criticism to improve their performance for their next games in the second round of the World Cup.

“It’s a night to self-criticise from the first to the last, we have to change the current feeling, although we don’t have to see it so darkly,” Ramos said.

Spain has emerged the Group B winner, having beat Iran 1-0 and tied Portugal 3-3.

After the match against Morocco, Spain hopes to deliver a better performance against Russia, another challenging foe. The July 1 match will open the World Cup Round of 16: “Now it’s difficult, hopefully we can play brilliantly against Russia.”

Social media users were amazed by Morocco’s surprise goal in the early minutes of the game. Some commentators said it was their best World Cup match.