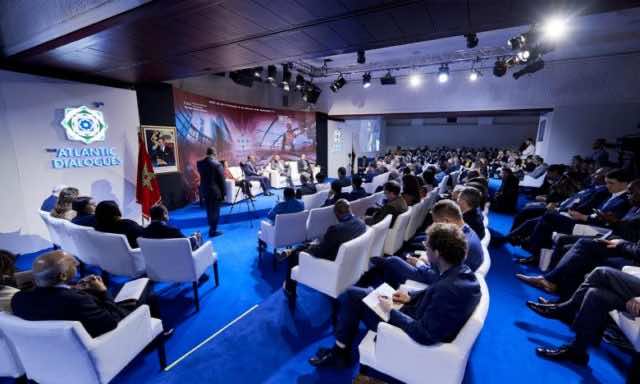 Organized by OCP Policy Center, a leading Moroccan think tank, the June 19 conference aimed to “diagnose” and “propose solutions” to the continent’s most salient issues in terms of political violence, wars, and related instabilities.

Discussing the theme “Peacekeeping Operations in Africa: Realities and Challenges,” panelists gave recommendations to capitalize on available resources to make the continent safer and more peaceful.

Although diverse in their backgrounds and perspectives, the majority of the panelists made the case for “the necessity of involving civil society and local populations in peacekeeping missions.”

To provide citizens in an unstable or conflict-ridden country with shelters and relative peace, their needs and concerns need to be taken into account, some panelists suggested.

Others said that empowering civil society and local human rights advocacy groups may be a more effective means to “conceive a new system of peacekeeping in zones of conflicts.”

Such discussions come at a time when Africa is often called the fastest growing continent, reflecting the popular narrative among economists and political commentators that “Africa is Rising.”

Without denying that the continent has achieved positive growth in the past decade, the conference suggested that a crucial challenge today is to “reconcile” the economic with the safety aspects to ensure “a growing and peaceful” Africa. They argued that “no economic growth can be attractive to foreign investments and private business if peace and security are not maintained.”

According to the panelists, another crucial factor in successful continental peacekeeping is to strike a balance between continental autonomy and external assistance.

While it is important that the African continent takes responsibility for its own peacekeeping and security concerns, many specialists who spoke at the conference argued that the “transnational” and “transatlantic” aspects of the challenges require “strong collaboration between national governments, international partners, and international organizations.”

Panelists estimated that “the material and immaterial” costs of peacekeeping can only be  covered by a strong tripartite cooperation between the AU, the UN, and the EU.

Multilateral bodies can also help guarantee respect for international law by investigating the causes and perpetrators of “crimes against humanity” in the aftermath of peacekeeping interventions.