Rabat - Niska and Damso’s catchy songs entertained the OLM Souissi crowd all night. Two of France’s most successful rappers have succeeded in performing their brilliant rap on Monday, June 25, on the fourth day of Mawazine Festival Rhythms of the World. 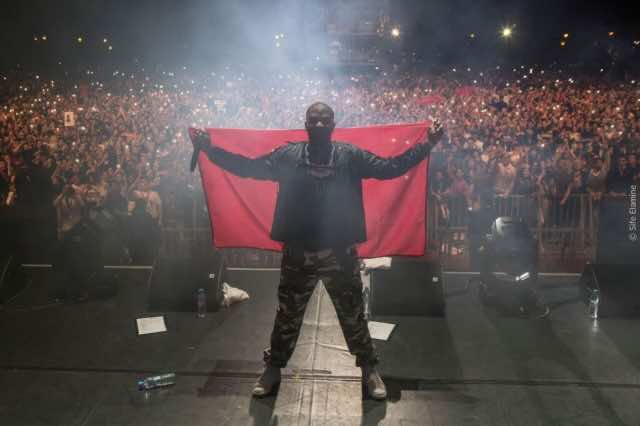 Rabat – Niska and Damso’s catchy songs entertained the OLM Souissi crowd all night. Two of France’s most successful rappers have succeeded in performing their brilliant rap on Monday, June 25, on the fourth day of Mawazine Festival Rhythms of the World.

The French rapper Niska started the show with his famous song “Freestyle PSG”, in front of a crowd in trance, who came together to dance the famous “Charo dance.”

In his very unique and easily recognizable voice, Niska continued to delight the public with several hits, including “B.O.C.,” “H & M,” and “Versus,” produced in collaboration with the “Prince of the Afro Trap” MHD.

Before a conquered audience, Niska closed his concert with his famous hit “Résaux,” thrilling his fans who enthusiastically sang along with “Pouloulou,” before sharing an intimate moment with the public, listening to the Moroccan national anthem.

The Belgian rapper Damso then gratified the hysterical crowd with his “Kietu,” before continuing with his numerous titles “Periscope,” “Lové,” “Report,” “NJ Respect R,” and the famous “Macarena” hit song.

The Belgian rapper was faithful to his style that stands out with raw lyrics, sometimes tinged with a certain verbal violence and inspired mainly by his personal experience. He also knew how to touch his audience with his sensitivity, through deep melancholic expressions, captivating sweetness, and endearing romance.

The Belgian rapper, who sang a capella at some points, caught the attention of the public, who never ceased to sing the furiously fascinating words.

At only 24, Stanislas Dinga Pinto, aka Niska, is one of the most talented rappers of the moment. He rose to fame thanks to his collaboration with Maître Gims on the song “Sapés comme jamais,” released in August 2015. His hit single “Réseaux” won the title of the France’s summer 2017 hit, hoisting him to the top spot of France’s Top Single, Top Shazam, Top Youtube, and Top Streaming.

A true star of this new wave of French rappers, Damso, whose real name is William Kalubi, was first spotted by French rapper Booba. He then joined the collective and label 92i and signed at Universal.