Rabat - While many football pundits have called Spain’s 92nd minute equalizer against Morocco a “VAR goal,” French outlet Le Parisien has reported that the discussion on Spain’s goal should focus on the buildup that led to the goal. 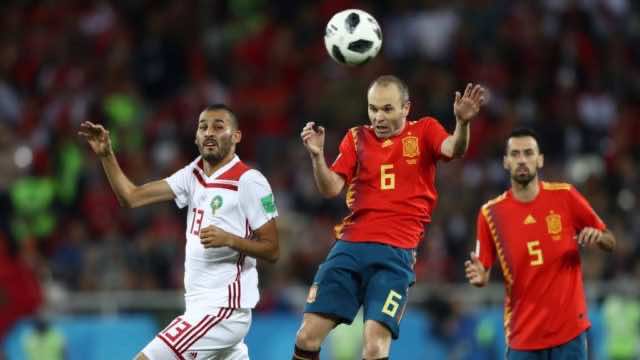 Rabat – While many football pundits have called Spain’s 92nd minute equalizer against Morocco a “VAR goal,” French outlet Le Parisien has reported that the discussion on Spain’s goal should focus on the buildup that led to the goal.

With the final whistle blow of the dramatic 2-2 match between Morocco and Spain, many people said Spain’s second goal was another example of “VAR-bias,” pointing to a real or perceived inequality in the use of the system to ensure that “weak teams” are out of the World Cup.

No offside, but wrong corner

Le Parisien agrees that Ravshan Irmatov, the Uzbek referee of the Spain-Morocco match, committed a refereeing error in Monday’s Morocco-Spain match. The French outlet, however, says that VAR got it right when it decided that Spain’s Aspas was not offside. So where was the refereeing error? Why should have the goal been called off?

“While the VAR system rightly ruled that Aspas was not offside on the action that led to his equalizer for Spain, the problem occurred seconds prior to the goal,” Le Parisien wrote, explaining that La Roja, as Spain’s national squad is known, “took advantage of the referee’s moment of low focus to score a controversial goal.”

The article strongly criticized the referee, saying that he allowed Spain to distract him, as he pointed to the right side while granting the corner-kick, but did not stop the game when Spain played the ball from the left corner. “Iago Aspas was alone and unmarked because Moroccan players positioned themselves expecting the ball from the right corner, where the referee had rightly pointed.”

An essential principle of the use of VAR is that referees and their assistants should always consult VAR if they are unsure of an important decision regarding “the validity of a goal, a penalty kick, a red card,” or for identifying a hidden foul, and the player who committed it.

But, Le Parisien maintained, “since the VAR regulations also say that a referee can consult VAR to examine the buildup to a goal,” Irmatov should have consulted the video system before granting Spain their equalizer.

Hervé Renard, who also noticed the glaring irregularity in the buildup, said after the match: “So we line up to expect the ball from the right and Spanish players play it from the left! Is that allowed? I sincerely cannot tell. But if that is not allowed, it was surely a huge refereeing mistake.”