Rabat - American DJ and producer duo the Chainsmokers were on fire Tuesday night at the OLM Souissi stage, giving the audience a night to remember for the fifth day of the 2018 Mawazine Festival Rhythms of the World.

Rabat – American DJ and producer duo the Chainsmokers were on fire Tuesday night at the OLM Souissi stage, giving the audience a night to remember for the fifth day of the 2018 Mawazine Festival Rhythms of the World.

The energetic duo, composed by Andrew Taggart and Alex Pall, showed how passionate they were to perform in Morocco, investing the stage with their incredible ability to mix trap, house, and rock, a versatility that conquered the receptive festival-goers. 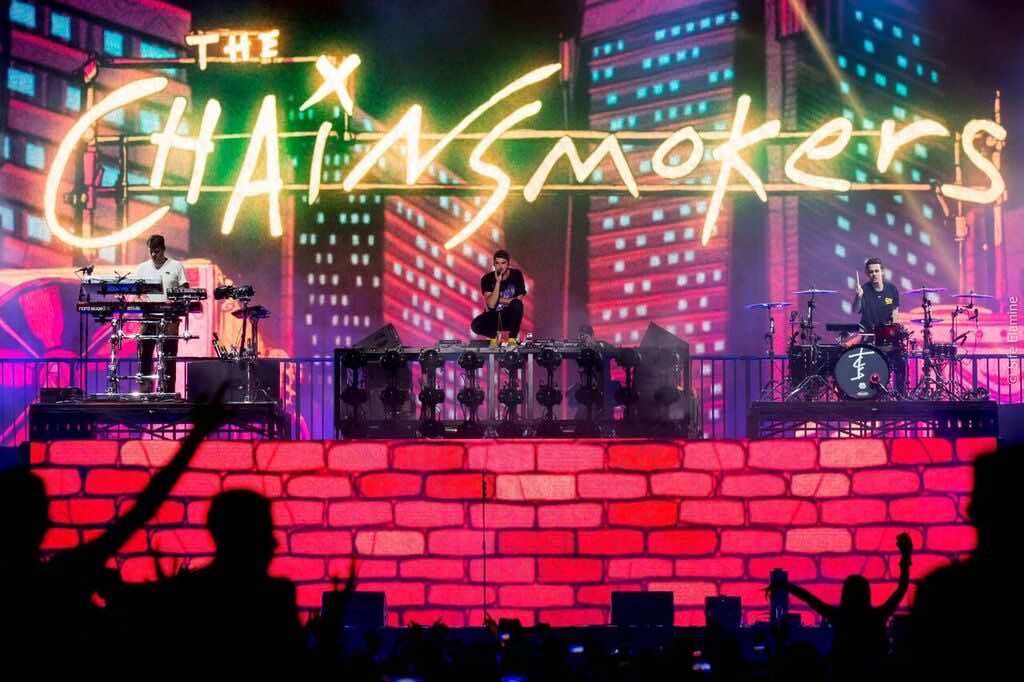 The crowd was unstoppable, shouting while the two DJs did some pretty impressive remixing of popular hits, such as Jason Derulo’s “Whatcha say,” Drake’s “God’s plan,” and Beyonce’s “Run the world (girls).”

Seduced by the dazzling staging, the festival-goers were also treated to a mash-up of the duo’s songs, sung by Andrew Taggart, in addition to their famous hits “Something Just Like tThis,” “Closer,” and “Don’t Let Me Down.”

With electronic music, light shows, breathtaking staging, and fireworks, all the ingredients were present to create a symbiosis between a charmed audience and artists at the top of their careers.

The two DJs who enlightened the capital left the scene allowing their drummer, Matt Mcguire, to show the full extent of his talent, producing a rhythmic sound with an infernal cadenza that carried the audience in an unprecedented frenzy.

The promising DJ duo is at the origin of a unique pop sound that hits the world. At the same time producer, author, and composer, the group has received four Billboard Music Awards, a Grammy Award, an MTV Music Award, and achieved more than 5 billion cumulative views on YouTube.

The festival-goers of the international stage of OLM Souissi will have to prepare themselves for another night of madness, starting tonight at 10 p.m. with the funky pop sensation and international superstar Bruno Mars. Stay tuned!