Rabat - The symphony of death continues in Syria, as government forces shell, and drop barrel bombs, accompanied by Russian air strikes, on the southeastern province of Deraa. 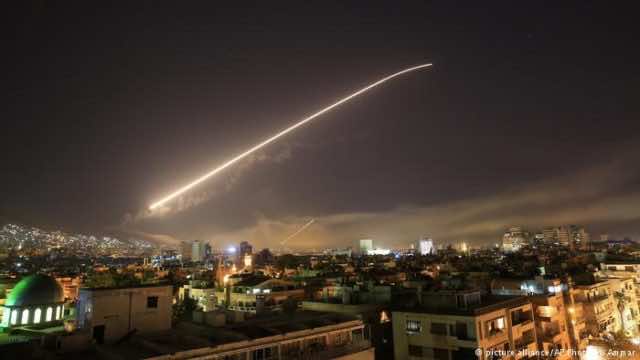 Rabat – The symphony of death continues in Syria, as government forces shell, and drop barrel bombs, accompanied by Russian air strikes, on the southeastern province of Deraa.

The Syrian Observatory for Human Rights (SOHR) reports in Deraa’s east that at least 53 strikes have been conducted from midnight Wednesday to Thursday morning.

Lawrence Adam, a journalist for the pro-rebel Nabaa media group, told Al Jazeera that at least three hospitals and medical centers had been either completely destroyed or rendered closed by the damages sustained.

On Tuesday there was heavy fighting concentrated at Basr al-Hairir, with at least 200 airstrikes and 150 barrel bombs targeting the area, said activist Jihad Hamza to Al Jazeera.

Deraa province has been divided between rebel and government forces for years, however after multiple victories around Damascus, the government is targeting one of the only rebel strongholds left in Syria. Defeating the rebels in Deraa has symbolic importance as the “cradle of the revolution.”

The Free Syrian Army announced the creation of a central operations room in the southern province and remained defiant, saying that they would not betray the sacrifices made by their comrades, nor give up an inch of their territory.

People in the eastern part of the province have been fleeing to villages and towns along the border with Jordan. Jordan’s Foreign Minister, Ayman Safadi, said that the border will remain closed.

An economically struggling Jordan says it has reached its capacity for refugees, and cannot handle another influx. Jordan’s Minister of State for Media Affairs, Jumana Ghunaimat, said, “We have received enough numbers of Syrian refugees; we already have a large number and we simply cannot receive more.”

The United Nations High Commissioner for Refugees (UNHCR) estimates that Jordan has the second highest number of Syrian refugees per capita, with 89 for every 1,000 inhabitants. Jordan has on record at least 660,000 registered refugees, but estimates that there are actually double that number in the country.

Those on the western side of Deraa have been fleeing to the towns and villages along the Golan Heights, where they have been receiving whatever aid the residents there can give them, as well as Israeli humanitarian aid.

Deraa is part of the de-escalation zone agreement between the US, Russia, and Jordan. The proximity to Jordan and the border of the Israeli-occupied Golan Heights puts the two countries especially on high alert.

The Syrian civil war, now in its eighth year, has killed over 500,000 and displaced over half of the prewar population of 22 million. 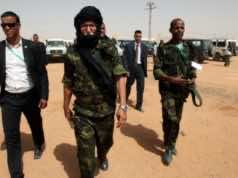 Amid Tension, Polisario Seeks to Reinforce Ties with Iran and Hezbollah