Rabat - Abdelkebir Tabih, a prosecuting lawyer of the bar of Casablanca, has said that the trial of the activists, arrested following their participation in protests in Al Hoceima was fair. 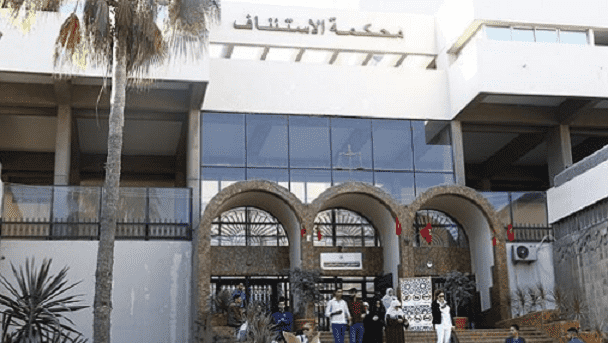 By
Tarek Bazza
-
Tarek Bazza is a journalist at Morocco World News with Master’s degree in Translation from King Fahd School of Translation in Tangier.
Jun 29, 2018

Rabat – Abdelkebir Tabih, a prosecuting lawyer of the bar of Casablanca, has said that the trial of the activists, arrested following their participation in protests in Al Hoceima was fair.

Tabih, a prosecuting lawyer for the Moroccan state in the trial, said that the conditions for a fair trial were realized through 84 hearings, defendants’ opportunity to express themselves freely before the court, the summoning of witnesses for the defendants, and the presence of representatives of Moroccan and international human rights organizations and the media.

The lawyer made the claims in a statement to the state-owned press Maghreb Arab News (MAP) after delivering the verdict.

He said that one feature of a fair trial in Morocco is that a criminal judgment can be appealed to the highest court. Therefore, he said, “the trial phases have not been closed yet, and there is still hope for the defendants and their families.”

He further emphasized that the principal of the judiciary’s independence was maintained in the trial. He also indicated that the president of the court and the representative of public prosecution had exercised their authority independently.

On the other hand, Abdelkebir Tabih, stressed that “the Moroccan state did not stand up against the defendants but it came to defend the interests of security forces and victims of the riots that occurred in Al Hoceima and its surroundings.”

The Moroccan state “called for any sanction against anyone, and did not oppose any request for provisional release, nor did it demand any material compensation, even though the losses exceeded 2 billion centimes, and it did not stand as a civil party against the journalist who is sued in this case.”

“The Moroccan state is not a party to this prosecution, and the defendants are in conflict with the law,” he said. “The trial has no political character because the demonstrators’ demands are purely social and economic.”

He further stressed that Moroccans have the right to be proud of their state and to defend it, especially since state institutions are strongly determined to respond positively to the demands and expectations of citizens through development projects to relieve social tensions under the program “Al Hoceima, Manarat Al Moutawassit” (Al Hoceima, the Lighthouse of the Mediterranean).

Tabih considered that this ambitious development program embodies the “principle of reparation” which was brought by the Equity and Reconciliation Commission (IER). the Lighthouse of the Mediterranean.”

Tabih further stated that this ambitious development program embodies the “principle of reparation,” which was brought by the Equity and Reconciliation Commission (IER).