Rabat - Moroccan Minister of Foreign Affairs Nasser Bourita has officially commented on the Netherlands’ remarks, which criticized the heavy sentences given to Moroccan activists involved in the Hirak Rif movement. 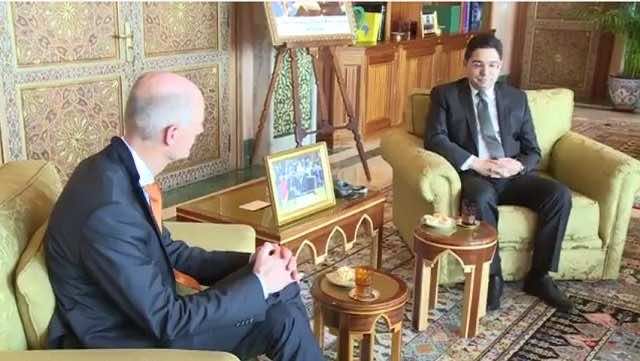 Rabat – Moroccan Minister of Foreign Affairs Nasser Bourita has officially commented on the Netherlands’ remarks, which criticized the heavy sentences given to Moroccan activists involved in the Hirak Rif movement.

The minister confirmed to Moroccan newspaper Al Massae that the Dutch ambassador to Morocco was summoned after Dutch Minister of Foreign Affairs Stef Blok made his remarks in a parliamentary session in the Netherlands in answer to a Dutch MP’s question about the Moroccan court’s decision to sentence Moroccan activists to up to 20 years in prison.

Blok then warned Moroccan-Dutch activists to be careful when visiting Morocco, emphasizing that once in Morocco, police consider bi-nationals as Moroccans only.

“Moroccan-Dutch activists traveling this summer in the region must be careful,” Blok said.

“I have made it clear that the Rif’s Hirak is a strictly internal affair and is by no means an object of diplomatic discussion,” said Bourita.

He added that Morocco respects the decisions of Dutch courts, and therefore, “they must respect ours.”

Bourita described the sentences handed down by the Moroccan courts as “indisputable, especially since they are verdicts of first instance and are not final and we do not allow foreign parliaments to deal with our internal affairs.”

Blok remarked in a press briefing after his April meeting with Bourita that the Moroccan government “had not been effective in responding to the grievances of the people who took to the streets.”

Bourita contested Blok’s argument, stating, “[The situation in the Rif] is not a diplomatic question, and cannot be subject to a diplomatic discussion; it is an internal affair, and under no circumstances can it be dealt with through discussions or interaction with foreign states.”

Spain refused to comment negatively on the issue of Hirak and the sentences pronounced by the court when Spanish Minister of Foreign Affairs Josep Borell said that this issue is an internal problem.

“This is an internal issue handled by Moroccan justice, pending the appeal since the process is not over yet,” he said.

The decision of the court received condemnation from politicians and NGOs, who urged the government to review the sentences and release the activists and journalists. The activists had been detained for protesting against social disparities in Al Hoceima after the death of local fishmonger Mouhcine Fikri in October 2016.