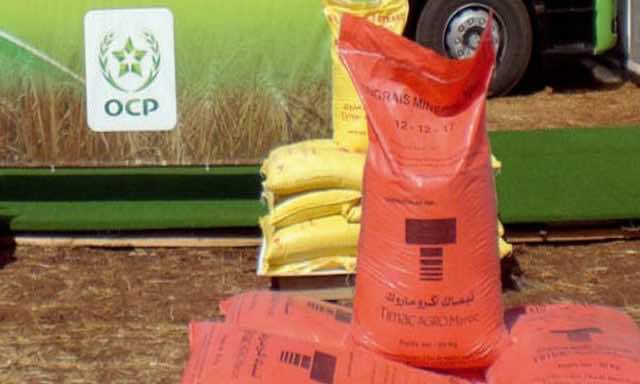 Kenyan authorities, who recently initiated a nation-wide anti-corruption campaign, are accusing OCP of introducing contaminated products in the Kenyan market.

According to Moroccan outlet Medias 24, roughly 5,200 tons of fertilizers have been reported by  laboratory tests conducted by Kenyan authorities to contain mercury, making them “substandard” and contaminated.

In the wake of the fake fertilizers scandal on May 22, three OCP Kenya directors were arrested by the Directorate of Criminal Investigations, according to reports in the Kenyan press.

The  officials were accused of “attempted murder” for shipping 5.8 million kilograms of substandard and “dangerous” fertilizers.

As this came in the heat of the fake fertilizers scandal, many in Kenya saw the move as a further proof of wrongdoing by OCP.

“If it had genuine cargo, why did it make a U-turn even after they had paid KES 18 million  [USD 179,000] as taxes?” asked George Kinoti, director of Kenya’s Criminal Investigations.

Acknowledging that it “rerouted” a cargo ship, OCP Kenya said, however, that the move was a reaction to the “unfair treatment” and “unnecessary tests” to which some circles in Kenyan authorities wanted to subject the company.

OCP further denied the allegations, citing a smear campaign by its competitors to “sabotage” its success in the Kenyan market.

In a statement issued in the immediate aftermath of the scandal, OCP said that it was “shocked” by the “unfounded accusations,” which it believes are “based on opportunistic misinformation and defamatory public denunciations.”

OCP also said that its fertilizers “undergo rigorous tests” before shipment and that it “complied fully with Kenyan procedures and regulations.”

“The full compliance of this cargo with such procedures and regulations has been indisputably confirmed by independent expert analyses performed by several internationally renowned inspection agencies,” the company’s statement further asserted.

OCP, which in February 2016 launched a comprehensive South-South policy via its OCP Africa initiative, has established itself as a key partner of a number of African governments and investors in agriculture and food security.

The company said that it “has decided to temporarily suspend exportations” to Kenya because the “legal security” of its activities in the East African country is “no longer assured nor tenable.”

But despite perceiving the situation in Kenya as an “unfair” and politically motivated campaign, OCP says it remains committed to its role as a continental driver of sustainable agricultural development to ensure continental food security.

The company underlined that its fertilizers have been lauded by several local farmers who have hailed the effectiveness of OCP’s products. It promised to “support Kenyan authorities” in their investigations and resume operations in the country as soon as the situation reaches an end.

“We are only on temporary leave,” OCP recently told Medias 24, explaining that “the situation in Kenya will not affect our commitment to agricultural development in the country.”