Rabat - In her new television show, “Hello, Maroc!” American lawyer, MENA consultant, and religious scholar Courtney Erwin demonstrates her mastery of Modern Standard Arabic through storytelling that bridges her experiences between Morocco and the US. 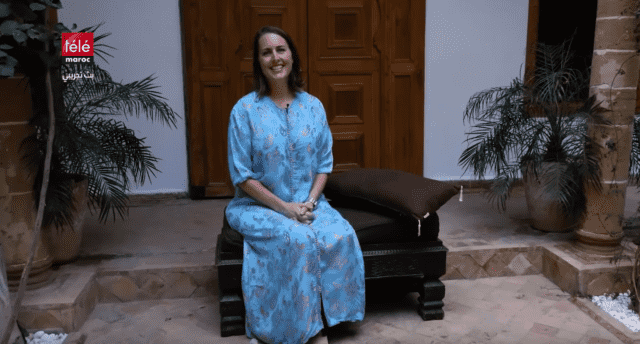 Rabat – In her new television show, “Hello, Maroc!” American lawyer, MENA consultant, and religious scholar Courtney Erwin demonstrates her mastery of Modern Standard Arabic through storytelling that bridges her experiences between Morocco and the US.

Featured on the television station Télémaroc, “Hello, Maroc!” is the first Moroccan television show written and hosted by an American woman in Fusha, or formal Arabic. In 10 episodes, Erwin, or “Coco,” as she’s called in the program, discusses subjects ranging from dreams to violence, gender to heroes.

The most striking aspect of the show is its total focus on Erwin; she is the cast, narrator, subject, and oftentimes, the only person seen onscreen. Erwin’s day-to-day life is revealed in sweeping shots of her wanderings—pondering natural expanses and Arabic novels, buying vegetables in the souk, preparing soup in her kitchen.

Erwin has worked across the Middle East and North Africa as an outspoken advocate for the universal right to education, spearheading interfaith, peacebuilding, and human rights endeavors. Erwin currently lives in Morocco, where she serves as the Senior Program Specialist at the Mohamedian League of Religious Scholars. She also recently launched an immersive cultural, educational, and spiritual program, Illuminated Tours Morocco, with Dr. Omid Safi of Duke University.

Erwin sat down with MWN to discuss her experience studying Arabic, living in Morocco, and filming her first television program.

How in the world did you come to write and star in an Arabic television program in Morocco?

Erwin: [Laughs] My friend Chama Darchoul is a journalist who writes a column for Al Akhbar, a daily paper owned by Rachid Niny, who recently had launched [the TV channel] Télémaroc and was looking for content. We were talking one day, and Chama proposed the idea.

She told me that it could be about anything. I would think of a topic, write out the concept in Arabic, work with my Arabic teacher to correct my mistakes, and then re-edit. It took a very long time. The shows are each about six minutes, but for that short time period, filming alone could take an entire day, while recording my voice-over would take over an hour.

I always used the framework of stories because I believe that stories are what connect. So, I would start with a story in Morocco and then link it to the US (or vice versa). Then, I would tie in my lesson-learning from the story, linking the topic to larger themes of mutual recognition and solidarity, love, and acceptance across the two cultures.

What are your hopes for the program, in terms of audience and impact?

Erwin: The purpose for me is to be a bridge between the two cultures and tell the stories between the US and Morocco. If the audience here in Morocco can connect to the stories and see themselves in the stories, then I’m delighted. When I asked people what they liked about the show, they said that they liked seeing how I see Morocco. And also, how I see America from here. I enjoy “switching people’s shoes” so that they can experience moments that shift their perspectives.

Also, I love Arabic so much, and I have spent so much of my life learning it. If I can motivate Moroccans and Americans alike to re-engage with Fusha, and think, “If she can do it, I can do it,” then that is wonderful. I hope I can serve as an example to show non-native speakers that they really can learn and understand formal Arabic.

Now that you said “hello” to Morocco, are there other projects, cross-cultural or otherwise, that you have in mind?

Erwin: This opportunity appeared because I was in the right place at the right time, and I had a friend with a cool idea who encouraged me to do something I never would have done otherwise, and I am unbelievably grateful to Chama, Rachid Niny, my film and audio crews, and Telemaroc for believing in me…Though I am not pursuing other series, two projects have emerged out of this project. For the first, I would like to, ideally, take these stories, add twenty or so to the collection, and then put them into a book in Arabic…Eventually, I’d love to send the collection to Arabic institutes to serve as fairly easy-to-read and cross-cultural stories for students of formal Arabic.

I’m also currently working on another writing project of letters to my father that attempt to connect Islamic civilization to his world, which is the world of an older, more conservative gentleman raised in the Southern states in the US, who may not always have a positive impression of Islam or the MENA region. I’ve written about 13, so far. They are also thematic, and actually, the idea for the show is linked to that [project].

Erwin: I think this is the first year that I feel less inhibited when speaking in Arabic, making mistakes and being okay with that. I study two hours every day, five days each week. I’ve been in Morocco for three years now…so, that’s a lot of hours. I recently asked my Arabic teacher, “When I’m speaking, what is the percentage breakdown of the accuracy of my speaking compared to my mistakes?” She said I was about 70 percent accurate and 30 percent inaccurate—like using the incorrect tense or preposition with a verb—but that will come with time… Right now, I’m reading novels and conducting formal correspondences in Arabic. I would say that I probably have 1-2 more years before I obtain a pretty solid level.

Erwin: I don’t know yet! I always want Arabic to be an essential part of my life. I anticipate living in Morocco for at least half of each year for the rest of my life. Before I moved to Morocco, I lived in Qatar, and it took at least three years before I felt like I understood the nuances of culture there. Personally, I don’t think that I can be effective as a liaison and “translator” across cultures, without living here. In my experience, a week or two every year in a place and reading a lot about it does not provide the same insights. I need to talk to people, eat together, laugh together, tell stories, open up about our dreams and struggles, and spend time in the community in order to understand the community, and allow them to understand me.

Do you see yourself as a community builder in Morocco?

Erwin: I find myself having conversations with my Moroccan friends, which they might not be able to have with other people due to the constraints of living in one’s own society. In that respect, I think I can help to open up conversations and create a safe space for exchange, and I like that. And that’s what Morocco is for me, as well. I am able to benefit from looking at my life and country in a different way. And rather than being a community builder here alone, I really try to bring the two communities together. For example, the “Hello, Morocco” episode on violence covers discussions of violence here and in the US and how each community sees the other. In this way, I hope to turn the mirror around and generate reflective conversations in society.

Erwin: We see a number of political tensions and cultural misunderstandings play out between the US and Arabic-speaking countries, and there are not enough non-native Arabic speakers in the US who speak Arabic really well. I should not be such an anomaly. The link between language and culture is so strong; there is no way I could have any understanding of a community without knowing the language.

When is season two?

Erwin: [Laughs] You’ve got season one. Like so many great HBO and Netflix shows: one season is all you get. 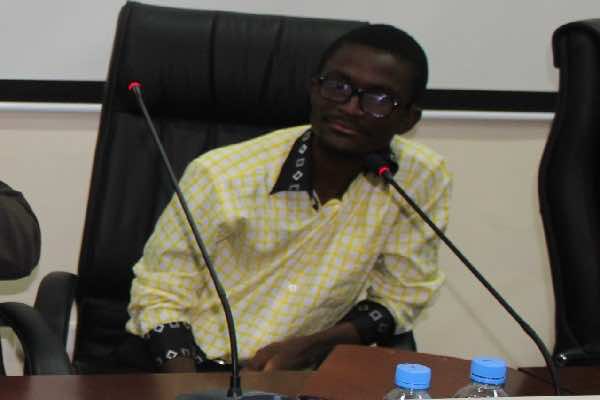 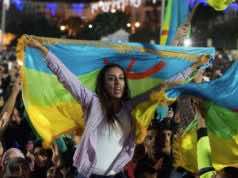 My Interview with an Amazight Activist