Rabat - In a hot political climate characterized by popular uproar over the harsh sentences handed to Hirak activists, veteran Moroccan statesman Abderrahmane El Youssoufi has suggested that Morocco’s future hinges on a “sincere and responsible dialogue” about the country’s most pressing issues. 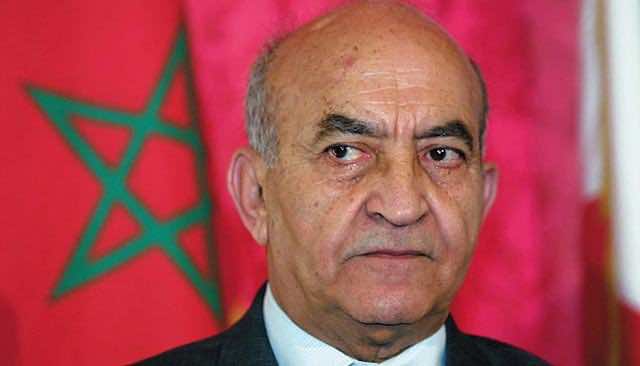 Rabat – In a hot political climate characterized by popular uproar over the harsh sentences handed to Hirak activists, veteran Moroccan statesman Abderrahmane El Youssoufi has suggested that Morocco’s future hinges on a “sincere and responsible dialogue” about the country’s most pressing issues.

A veteran figure of Morocco’s recent political history, the Tangier-born statesman made his comments during a ceremony in his hometown as he presented his three-volume memoir published earlier this year.

Although Youssoufi truly gained center stage in Morocco after he led the government—as prime minister—from 1998 to 2002 , the 94-year-old politician and former leader of the Socialist Union of Popular Forces (UFSP) is also known for his left-leaning militancy  and resistance efforts during the late years of French colonialism and the early decades of Moroccan independence.

Providing insights gained from his personal experience in nation-building and community organization, Youssoufi said that the future of Morocco depends on the ability to uphold a sense of nationhood and collective responsibility.

“The future of this country can only be built through sincere, frank, and responsible dialogue, and not through the hegemony of certain ideas or norms over others,” he said, hinting at inclusive policies and the “sacredness of citizenship” as the means to address Morocco’s persisting political and socio-economic issues.

He said that the Tangier of the 1930s and 1960s had “a rich political and humane culture.” He added nostalgically, “It was here, in the streets of this Tangier that my whole destiny was shaped. It was here that I learned to defend and cherish justice and human rights in the existential and humanitarian sense of the terms.”

Youssoufi also recalled that the Tangier of his childhood and early youth was “a true melting pot, a site of perfect co-existence between men and women from different cultures, regions, and continents.”

He then explained that these values of coexistence and inclusiveness should be upheld, nourished, and protected to ensure “a future Morocco” built on justice, inclusive citizenship, and the respect of human rights.