Rabat - After Mohamed Abdennabaoui, President of the Prosecutor General’s Office, criticized complaints about the sentences for Hirak Rif activists, he asserted that the 20-year sentences were the minimum a judge could have given the four leaders. 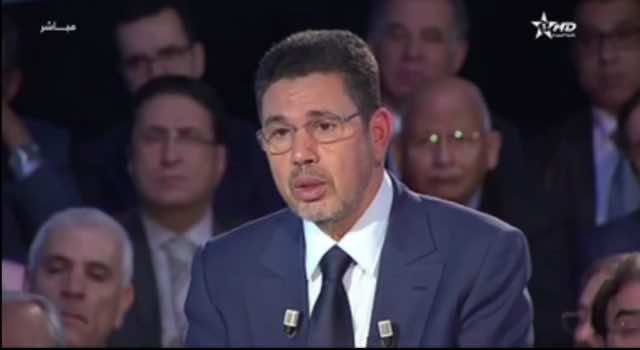 By
Tarek Bazza
-
Tarek Bazza is a journalist at Morocco World News with Master’s degree in Translation from King Fahd School of Translation in Tangier.
Jul 4, 2018
Spread the love

Rabat – After Mohamed Abdennabaoui, President of the Prosecutor General’s Office, criticized complaints about the sentences for Hirak Rif activists, he asserted that the 20-year sentences were the minimum a judge could have given the four leaders.

Abdennabaoui was invited on Tuesday by Morocco’s state television channel Al Aoula in its program “Daif Al Aoula” to comment on the sentences given to the Hirak Rif activists.

While the sentences against Hirak activists were deemed “heavy” by many Moroccans, journalists, celebrities, and human rights activists, Abdennabaoui said that the judge’s 20-year sentences were already lowered due to mitigating circumstances. “When the judge pronounced 20 years of imprisonment, he made extenuating circumstances.”

The official further insisted on the need to believe in the independence of the judiciary, especially since the verdicts can be appealed.

“The law, in Article 147 of the Criminal Procedure Code, is clear. The judge, when it comes to facts involving capital punishment or life imprisonment, can only, at best… reduce [the sentences] to between 20 and 30 years in prison.”

Since the Hirak Rif activists were arrested amid their protesting for social and economic reforms in the Rif region, their court trial, Abdennabaoui said, was decided upon accusations of their acts during the protests.

“The people involved have been prosecuted and condemned, not for their social or economic demands, but for serious facts. The case included such things as burning a police building, throwing stones, damaging the property of others, and conspiring against state security.”

Another issue related to this trial was also raised during the television program concerning the journalist Hamid El Mahdaoui’s trial, in which he was sentenced to three years and an MAD 3,000 fine. Abdennabaoui said that the three-year prison sentence was handed down on the basis of the Penal Code, not of the press code.

“The press code applies to facts relating to the exercise of this profession. If a journalist commits murder or robbery, he becomes an offender under the penal code.” He added that El Mahdaoui was prosecuted for failure to report crimes against the state, which is not included in the press code.

“Now, we have to wait, the concerned [journalist] having appealed and having a solid defense,” he concluded.

El Maehdaoui was arrested on July 20, 2017, for giving a speech at Place Mohammed VI in Al Hoceima, encouraging people to join a banned protest.

On Tuesday, June 26, Casablanca’s Court of Appeals sentenced Hirak Rif activists to 1 to 20 years in prison. The activists were arrested for their involvement in protests that rocked Al Hoceima in 2016 and 2017.