Rabat- Khat Achahid, a group of former Polisario members, has written to the AU about the Polisario Front’s violations of human rights and executions of Sahrawis. 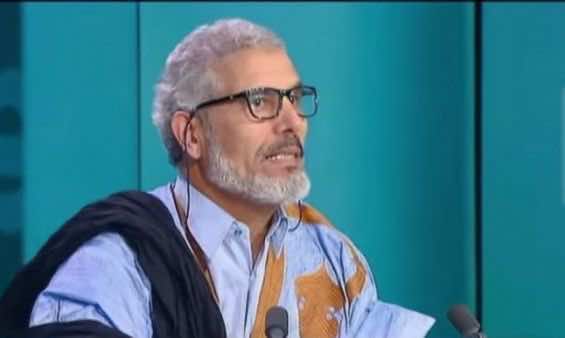 By
Tarek Bazza
-
Tarek Bazza is a journalist at Morocco World News with Master’s degree in Translation from King Fahd School of Translation in Tangier.
Jul 6, 2018
Spread the love

Rabat- Khat Achahid, a group of former Polisario members, has written to the AU about the Polisario Front’s violations of human rights and executions of Sahrawis.

The movement, which calls itself “Polisario Khat Achahid” (Polisario Line of the Martyr), sought to turn African leaders attention to the Tindouf camps and the actions of Polisario’s leadership. The letter was published in Arabic in the Mauritanian outlet Aqlam Horra on June 28, 2018. The letter was addressed to the AU summit in Nouakchott, which ended Monday, July 2.

Khat Achahid considers the Polisario leadership to be “only individuals who cling to power,” and some of them as “prosecuted criminals,” who exploit the suffering of their families in Tindouf camps. Since the Western Sahara conflict has not yet come to a solution, the dissident Polisario faction sees this as “a human crime” against their people, “who have been suffering in the camps for more than 45 years.”

The letter continues to deny Polisario’s right to negotiate on behalf of the Sahrawis with the Moroccan government or other parties about their fate since “this leadership represents only themselves and their interests.”

The Polisario Front, according to Khat Achahid, is not authorized to negotiate or speak on behalf of the Sahrawis. “It is not the ‘sole legitimate’ representative of the Sahrawis as it falsely claims,” the movement added, wondering who has given it this “sole legitimacy!”

The movement claimed the participants from the Polisario Front in the AU summit did not represent any political currents because of “the lack of democracy, pluralism and freedom of opinion” within the Polisario.

“There is only one leadership, one party, and one opinion. Appointments in the African Parliament are not made through elections, but by the leadership, to those who are more loyal and obedient to them.”

Khat Achahid also accused Polisario’s leader, who is taking part in the summit, of “gross human rights violations in the camps, including arrests, torture, and assassinations when he served as Polisario’s Minister of Defense.” The movement stated that 650 people went missing from Tindouf camps from 1975 to 1991, and they were subjected to various types of torture and executions without trials.

“A few weeks ago a young Sahrawi was executed, but the leadership claimed that he committed suicide in his prison cell and was buried at night, without allowing his family to participate in the funeral or perform an autopsy. This led to a popular uprising against Polisario’s leadership autocracy.”

Finally, the movement emphasized its belief in the leading role of the African Union in supporting democracy and human rights in Tindouf camps, “which have been under the authority of Polisario’s leadership for more than 40 years.”

Khat Achahid called upon the African Summit’s leaders to take into account their opinion because they “represent an important section of the Sahrawi society,” and not only Polisario’s opinions.

Akhat Achahid also requested the AU to send independent international observers to the camps to verify the truth about the facts in their letter.

The group further called on the AU to consult with them, “as an important part of the Saharan public opinion inside and outside the camps, to find a final solution to the conflict in Western Sahara within the framework of the UN-supervised negotiations between the Kingdom of Morocco and the Sahrawis’ representatives.”

In April 2017, Khat Achahid accused Polisario leaders of accumulating fortunes at the expense of the local population, in the aftermath of the UN Security Council’s unanimous passing of Resolution 2351 regarding Western Sahara.