Rabat - The Andean Parliament has once again expressed support for Morocco’s efforts to find a solution to the decades-long conflict over Western Sahara. 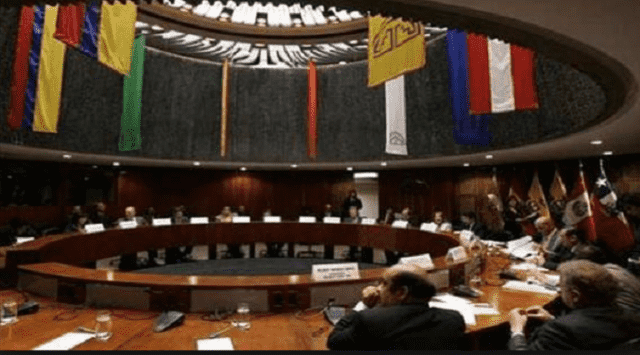 Rabat – The Andean Parliament has once again expressed support for Morocco’s efforts to find a solution to the decades-long conflict over Western Sahara.

Moncada told MAP that the Andean Parliament supports Morocco’s territorial integrity, emphasizing that he believes that “the ideology of the enemies of Morocco concerning the Sahara issue is obsolete.

Moncada made his statement after his talks with Secretary General of the Ministry of Foreign Affairs and International Cooperation Mohammad Ali Lazrak.

According to Moncada, the ideology “only complicates” the finding of a solution to the dispute over Western Sahara, referring to Algeria’s continuous refusal to engage in the UN-led political process as a main party to the conflict.

Morocco has been calling on Algeria to contribute to finding a solution for the dispute. The last attempt was voiced by Morocco’s Minister of Foreign Affairs Nasser Bourita in his recent interview with France 24.

“If we want to find a solution to this problem, it is necessary that this part [Algeria] is involved as much as it has contributed to creating this problem,” said the Moroccan minister.

Moncada described the Moroccan Initiative for Autonomy as “very positive.” This adds the Andean Parliament to the list of international communities that are backing Morocco’s initiative.

During his discussion with MAP, Moncada emphasized that his visit to Morocco is an opportunity to “consolidate the relations between Andean member states and observer countries,” stressing that “Morocco is the most important observer country of this legislative institution.”

He added that his visit will further reinforce political and economic relations between the two sides and address the challenges facing the greater international community.

In June, the Andean Parliament unanimously supported Morocco’s autonomy plan, seeing it as a lasting political solution to the Western Sahara conflict.

Moncada also visited Morocco in April, where he reiterated his support for Morocco’s territorial integrity.

During his April visit, Moncada said that his visit was a message of solidarity and consideration from the Andean Parliament.