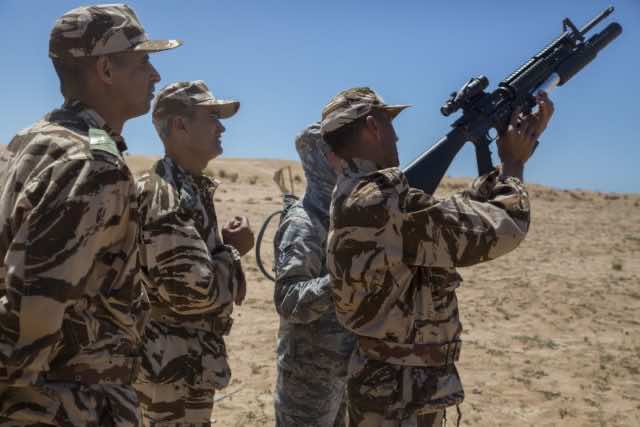 According to Assabah, in its July 7-8 issue, Morocco’s move is a response to Algerian military maneuverings and a show of force on the Mediterranean in recent months.

Morocco, which has acquired US-made state-of-the-art military equipment, has deployed frigates and a newly acquired warship off its northern coast to both respond to the alarming presence of Algerian ships and to thwart criminal activities at sea, according to Assabah.

The outlet reported that Morocco aims to showcase its navy offensive capabilities should there be indirect provocations from Algeria. “Morocco’s FAR are ready for confrontation at sea,” the report said.

In addition to responding to Algerian frigate movements off Moroccan coasts, the Moroccan navy is also taking preemptive measures against terrorist infiltrations and piracy.

However, the report added, Morocco’s move is solely aimed to deter, not to provoke.

Assabah also noted rumored deals between the US navy and its Moroccan counterpart to provide the North African country with new American frigates.

Morocco’s navy is allegedly interested in acquiring American frigates similar to the Spanish navy’s Descubierta-class corvettes. These ships can strike a target with their harpoon anti-ship missile system.

Equally important is the FAR’s plan to purchase the German Type 212 submarine. The submarine’s many properties, including high speeds and secrecy in waters, will position Morocco as a regional and continental leader in terms of naval capabilities, Assabah added.

In the coming months, the Mohammed VI warship will also be inaugurated. According to military sources quoted by Assabah, the warship’s shooting accuracy and its highly advanced missile system are set to give the Moroccan Navy the technical means to assert itself as one of the African continent’s strongest and most equipped navies.