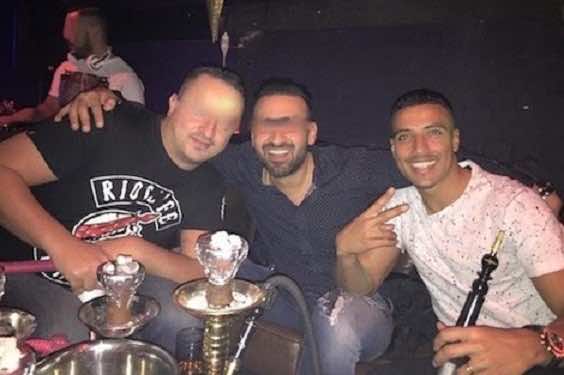 Like most  Moroccan footballers, Dirar joined his fellow teammates such as Amine Harit and Munir El Haddaddi to spend part of his summer holiday in Marrakech.

Dirar’s shisha party has not gone unnoticed, with fans wondering whether footballers are allowed to partake in smoking shisha.

Typically, smoking is heavily discouraged in all professional sports that involve physical endurance, as smoking is harmful for the lungs and respiratory system, and can affect performances..

Dirar’s fans heavily criticized him for smoking shisha as it is forbidden by the Moroccan Royal Football Federation (FRMF).

In 2016, the FRMF announced disciplinary sanctions against players who appeared in a video smoking a hookah in a hotel room in Marrakech.

Similarly the video caused a stir on social media, and for that case the  federation decided to ban players Fahd Moufi and Adnane Boumous from completing training with their colleagues.