Rabat - Morocco’s failure to win the rights to host the 2026 FIFA World Cup has reawakened a popular desire to end the decades-long regional rivalry in the Maghreb. 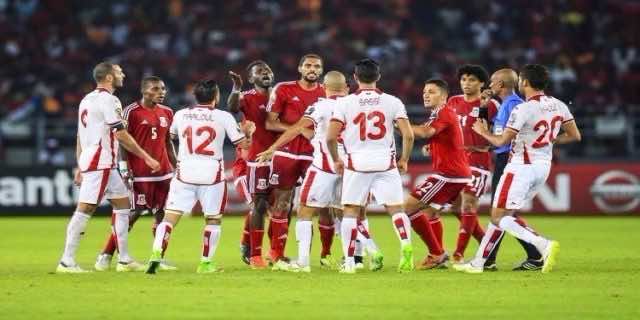 Rabat – Morocco’s failure to win the rights to host the 2026 FIFA World Cup has reawakened a popular desire to end the decades-long regional rivalry in the Maghreb.

Saudi Arabia’s lobbying against Morocco’s bid to host the footballing world’s most riveting celebration in 2026 angered Moroccan circles. In fact, in the aftermath of Morocco’s defeat at the June 13 vote, a number of Moroccans angrily spoke of the Arab world’s propensity for “hypocrisy” and “betrayal.”

Setting aside the strategic alliances and power dynamics dictating global affairs, Moroccans seemed unapologetic about one thing: Arabs betrayed Morocco. The feeling was a strong message as to the necessity of a united Maghreb—a bit like a homecoming story.

Writing in the aftermath of Morocco’s 1-0 loss to Portugal in the group phase of the World Cup, Moroccan poet and columnist Karim Boukhari extolled the technical prowess of Moroccan players. Although it is paradoxical to celebrate defeat, he wrote, some defeats are essentially beautiful because they uncover so much more than they disappoint.

But a reader who thought Boukhari was simply paying tribute to the Atlas Lions and forward Nordin Amrabat’s “heroic and patriotic performance,” missed the columnist’s larger point.

The “revealing beauty of defeat” of which he spoke resonated far beyond the national team’s “honorable” World Cup display. Boukhari was rhetorically setting the mood for regional unity in battles to come.

“After losing the 2026 FIFA World Cup battle, Morocco should now know that our true friends and allies are first and foremost our neighbors. We share a history, a culture, and so many other beautiful things,” he said. “Maghreb United? Yes, definitely, for sports and brotherhood can mend what politics have for so long broken.”

Tahar Ben Jelloun, perhaps Morocco’s most celebrated writer around the world, made the same argument in a recent column. The story behind Morocco 2026’s humiliating blow is simple: pan-Arabism has always been a pipedream.

“Now we know our true and false friends. Algeria, loyal to our Magrhebi brotherhood, voted for us. Why not envision a common bid with Algeria and Tunisia for 2030?” he asked. Ben Jelloun pointed out that sports may turn out to be the “cement” the region needs to consolidate its “shaky fraternity.”

Authorities in the concerned countries seem to have heard the message of cohesion and rapprochement that the footballing fever has created.

Morocco, which after the June 13 defeat decided to bid again to host the World Cup in 2030, is now considering the prospects of a united Magrheb with Algeria and Tunisia.

In response, Algeria’s Sports Minister Mohamed Hattab said his country would “study” the implications of a shared bid with Rabat and Tunis. “When we look at our cities, with the sporting and cultural facilities we have, we can host major world events,” Hattab said.

Tunisia, unsurprisingly, said it would welcome the move, too.

All parties seem convinced that the logistics and technical problems that FIFA’s task force—the expert committee responsible for assessing bidders’ preparedness—raised would be considerably mitigated if the three countries joined forces.

The cautious optimism of authorities has been met with the fervor of writers, public personalities, and activists. The public believes that culture and sports can heal festering social wounds created by political rivalry. For them, where politics has failed for decades, cultural and sporting events could prove effective.

The Algerian writer Kamel Daoud, who has reportedly signed a petition initiated  June 19 calling for the Algeria-Morocco border to be re-opened, has consistently said over the years that closed borders between two “sister nations” has resulted in years of reciprocal contempt and ignorance.

Like his Moroccan friend Tahar Ben Jelloun, Daoud has argued that the closed borders policy and the ensuing arms race between Rabat and Algiers is “stupid and detrimental,” a self-flagellation of the highest order.

Sports and cultural events have always been miles ahead of politics in driving the social mood and setting societal norms. Popular culture initiates, and politics follows suit and dictates boundaries, but ultimately politics prevails.

The cult-like celebration of Gareth Southgate, England’s manager at the World Cup, as the best example of English masculinity speaks volumes about football’s potential for change and impact beyond the sporting realm.

Beyond the nationalistic bigotry of fans, the waving of flags, and footballers’ play-acting antics, there is always a genuine undertone of inclusion, empathy, and togetherness.

But can pan-Maghrebism (which was tried once in 1989 and failed) replace the dying (or defunct) pan-Arabism? Will politics follow suit this time?

“This will not happen overnight,” said a professor of international relations on condition of anonymity. He explained that the region’s complications are huge and beyond the mending and unifying power of any singular event, no matter how strong the popular will.

But, he maintained, “Sports can be a very good starting point, as a shared organization of the World Cup would necessitate open borders. Also, if Arabs do not want us,” he laughed, “Why not go back to our origins?”