Rabat - The administration of Casablanca’s Ain Sebaa 1 prison has categorically denied that a Hirak Rif activist was filmed inside the prison. 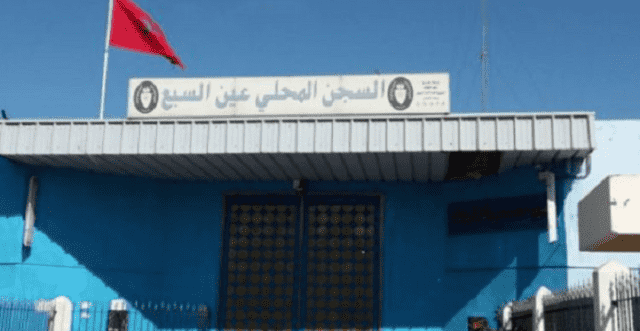 Rabat – The administration of Casablanca’s Ain Sebaa 1 prison has categorically denied that a Hirak Rif activist was filmed inside the prison.

The prison’s statement was published a few days after a video, purporting to be footage of a Hirak activist, circulated on social media.

The prison says that it has no cells similar to the one that appears in the video.

According to the statement, the footage was clearly faked because the face of the alleged activist did not appear in the video, which has since been removed.

According to the prison, this was not the first attempt of the video makers, as they have allegedly tried to mislead public opinion and undermine the image of the prison with other faked videos.

On June 26, Casablanca’s Court of Appeals sentenced 54 Moroccan activists for their involvement in the 2016-2017unauthorized protests in the Al Hoceima province.

All the activists finally agreed to appeal their sentences, except Rabie El Ablaq.

El Ablaq received a sentence of 5 years and a fine of MAD 2,000, but decided not to appeal the court’s decision.

El Ablaq has also been on a hunger strike for more than 40 days now. The activist was transferred to Moulay Youssef Hospital in Casablanca on Monday due to his hunger strike.