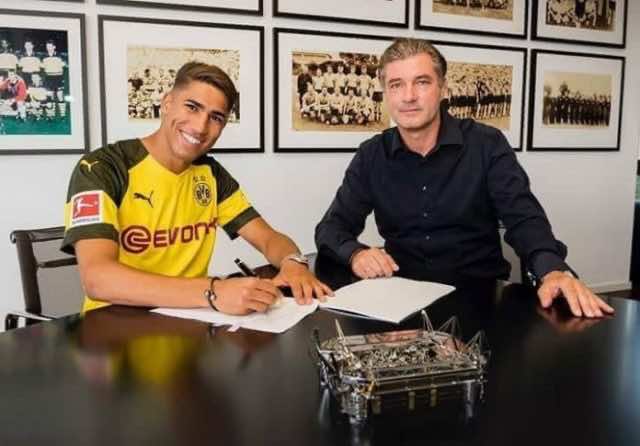 BVB confirmed the signing of the 19-year-old rising star today on Twitter.

Speaking about Hakimi’s move, BVB Sporting Director Michael Zork was quoted by Bundesliga saying, “Achraf Hakimi is a young, very dynamic full-back who has played at the  very highest level with Real Madrid and the Morocco national team.”

Hakimi displayed an excellent performance along with the Atlas Lions in the 2018 World Cup. Morocco’s participation received applause worldwide.

The young football player made his official debut at the Santiago Bernabeu in October 2017.

He has since become one of Morocco’s most important players, proving his worth alongside the Atlas Lions during the 2018 World Cup in Russia.