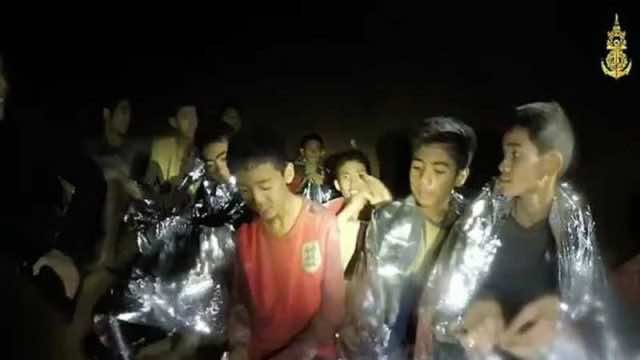 Rabat – Despite receiving an invitation, FIFA was informed that the Wild Boars Football Team and their coach will be unable to attend the World Cup in Russia.

The rescued team “will not be in a position to travel” due to health reasons. AlThough the players appear to be doing well, doctors say they will need to remain in the hospital under medical supervision for at least seven days.

The 12 boys, ages 11 through 16, and their 25-year-old coach were cave exploring in the Northern province of Chiang Rai on June 23 when a downpour flooded the complex cave, trapping them. The entire world watched in suspense as the Thai Navy SEALs worked to rescue them. After a total of 18 days, the world celebrated when the last four boys and their coach were rescued on Tuesday.

In a statement, FIFA expressed “great joy” at the news of the rescue and conveyed “profound gratitude to all persons involved in the rescue operation.” They extended condolences to the family of the Thai Navy SEAL diver who died while delivering oxygen tanks to the boys.

“FIFA’s priority remains the health of everyone involved in the operation,” the international governing body said. They also reported that they will be meeting with Thai football officials on Tuesday to find another FIFA event to invite the boys to “share with them a moment of communion and celebration.”

English Premier League club Manchester United also invited the team and their rescuers to a game at Old Trafford stadium next season.

On Twitter, England team player Kyle Walker asked how he could reach the Wild Boars—to send them jerseys.