Rabat - As Rabat and Brussels show no signs of reaching an agreement following a month-long negotiations to renew the EU-Morocco fisheries deal, Europeans fishing boats have started preparing to leave Moroccan waters, heightening fishermen’s concerns about the future of the deal and raising questions as to how long the rift between the two strategic partners will last.

Rabat – As Rabat and Brussels show no signs of reaching an agreement following a month-long negotiations to renew the EU-Morocco fisheries deal, Europeans fishing boats have started preparing to leave Moroccan waters, heightening fishermen’s concerns about the future of the deal and raising questions as to how long the rift between the two strategic partners will last.

During the third rounds of the fisheries deal-related discussions between Morocco and its EU partners, the North African nation hardened its stance and asked for a financial compensation of MAD 800 million, as opposed to the 400 million of the expiring agreement.

According to Moroccan outlet Akhbar Al Youm, European diplomats did not compromise with Morocco’s financial demands for renewing the deal, leading European boats no choice but to depart from Moroccan waters since the deal expires on July 14. The Casablanca-based daily reported that European fishermen have until July 15 to leave Moroccan coasts.

“The worst that could have been carefully prevented has finally happened,” complained Javier Garat, a Spanish fisherman president of the association of European fishing companies operating in Moroccan waters under the terms of the EU-Morocco deal.

For Garat, however, it is just a matter of time before Rabat and Brussels manage to find a mutually acceptable basis for renewal, as both parties have reaped enormous benefits off the agreement in the recent years.

“The two parties have converging positions, but there exist some minor details [differences] that have not been addressed,” the Spanish said. He added, however, that European fishermen will have to wait for weeks or even a year before the two parties satisfy all the diplomatic and bureaucratic requirements associated with the renewal process.

Citing Spanish sources, Akhbar Al Youm reported that further discussions are expected between Rabat and Brussels given that European fishermen and many workers’ rights advocacy groups are putting enormous pressure on their respective governments to save the “crucial” agreement.

“It would be a great pity if the deal is not renewed by its expiry date, because Morocco has made it clear that during second roundtables that all European boats should depart from European water [should Brussels fail to compromise],” Pedro Maza, president of a fishermen’s association in Spain, said last month amid rumors that Brussels and Rabat were having a hard time finding a common ground regarding the renewal of the fisheries agreement.

But even in the event of new discussions to renew the deal, Rabat is very unlikely to compromise on its current position. This week, Aziz Akhannouch, Morocco’s Minister of Agriculture, Fisheries, and Rural Development, was adamant about Morocco’s requirements to sign a new deal.

In addition to the MAD 800 million Morocco is requesting from the EU as financial compensation, European fishermen and fishing companies should henceforth be careful about other tiny details of the deal, including quantity, species, and biodiversity, the Moroccan minister said. 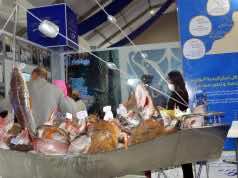