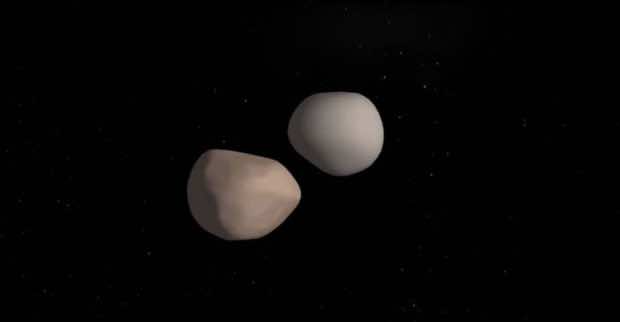 According to NASA Morocco’s Oukaimeden Sky Survey spotted the Near-Earth asteroid, YE5 on December 21, 2017 and provided the information to the National Aeronautics and Space Administration, NASA.

The MOSS team discovered more than 1000 asteroids between 2011 and 2017 and sent more than one million astrometric measurements to the Minor Planet Center in Boston.

At the time of YE5’s discovery, there were no details about the asteroids’ physical properties until the end of June 2018.

The World’s largest radio telescopes at the Center for Solar System Studies in Rancho Cucamonga, California and at Green Bank Observatory (GBO) in West Virginia, discovered that the 2017 YE5 asteroid is actually made up of two space rocks revolving around each other.

According to NASA, there are about 4,700 potentially hazardous asteroids.

If a near-Earth asteroids smashed into Earth, it would wipe out a city or even destroy a continent. A twin asteroid would double the damage.

YE5  which approached Earth on June 21, will come closer to Earth again in the next 170 years coming within 3.7 million miles of humanity’s homeworld, explained NASA.