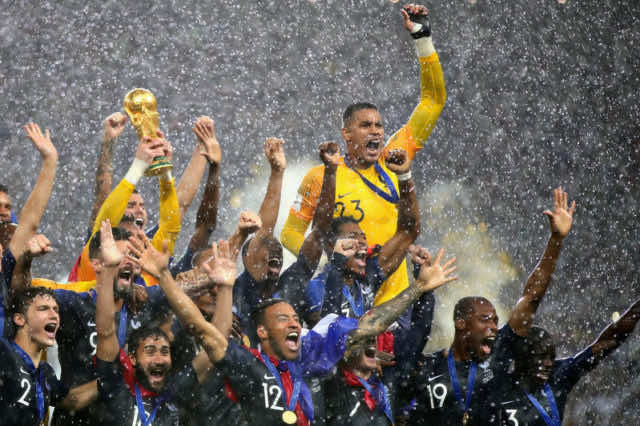 This marks an increase of 12 percent compared to the previous World Cups.

The 32 national teams that competed in the tournament will each receive a minimum of $8 millions, in addition to the $1.5 million preparation costs.

Prizes will be distributed as follows:

Belgium (3rd place) and England (4th place) will get $24 million and $22 million, respectively.

Brazil, Russia, Sweden and Uruguay, the national teams which were knocked out in the quarter-finals, will each receive $16 million.

$12 million for the disqualified national teams on the round of 16, namely, Portugal, Spain, Colombia, Mexico, Switzerland, Denmark, Japan and Argentina.

Meanwhile, countries that did not make it to the knockout stage will each be given $8 million. This includes Morocco, Iran, Saudi Arabia, Egypt, Peru, Costa Rica, Nigeria, Germany, Poland, Serbia, South Korea, Tunisia, Senegal, Iceland, Panama and Australia.

FIFA will transfer the money to national federations, which will determine how much each individual player will receive.

The world cup trophy, specially designed and crafted by Italian artist Silvio Gazzaniga, is estimated to be worth $20 million. It is an 18-carat-gold trophy.

The winning country gets its name engraved on the bottom of the World Cup.

Brazil, the land of football stars, has never fallen short of providing us with some of the best players in the world, and the South American country has been present at World Cup editions, making 21 appearances out of 21 since 1930. Brazil have won the tournament 5 times.

Germany, known for its efficient football, has won the title four times, last of which was the 2014 World Cup in Brazil.

Italy, the land of style and design, which failed to qualify for this year’s edition, has also won it four times, its last triumph being in Germany in 2006. Italy played its last World Cup final against France, winning 5-3 on penalties after a 1-1 draw.

The second south American country with most World Cup titles is Uruguay-two titles. With a population of just 1.75 million people in 1930, they are by far the smallest nation to have ever won the World Cup. Argentina also won it twice in 1978 and 1986.

France, the current World Cup champions, won it for the second time in 20 years, its first triumph coming in 1998 old title.

England and Spain, whose leagues are the best in the world as they gather all the best players in the globe, have only won it once, in 1966 and 2010, respectively.