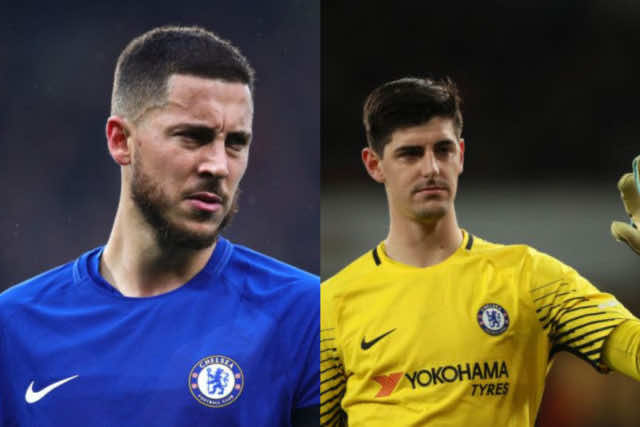 After failing to sign Neymar Junior or Kylian Mbappé, Real Madrid’s board members turned their focus to the talented Hazard, who delivered an outstanding performance during his World Cup games with Belgium.

According to Mundo Deportivo, in just hours the Spanish club will close the deal with Courtois, whose contract with the English club will end in 2019.

By recruiting the Belgian goalkeeper who saved the Belgian net on multiple occasions, Real Madrid will no longer need to look for a keeper and will focus on strengthening its attacking line.

According to Spanish newspaper Sport, Real Madrid is proposing to sign both Courtois and Hazard for €225 million, an offer more than reasonable that will convince the owner of the Chelsea Football Club, Roman Abramovich, to sell.

As for Hazard, he has always spoken of his desire to join the Champions League winner. If Hazard is signed, Courtois will surely follow his teammate. After beating England to take third place in the World Cup play-off on Saturday, July 14, Courtois announced that he would follow Hazard wherever he goes.

“Where Hazard goes, I go too. We can’t be separated,” said Courtois.