Reuters reported Monday that the trade deficit of North African country was estimated at MAD 93.507 billion in the first six months of 2017.

Exports saw an increase of 11.4 percent, according to the source.

Equipment imports, which rose 10.8 percent, led to the growth of Morocco’s trade deficit.

There was also a 9.5 percent surge in food imports, reaching MAD 25.541 billion.

According to Reuters, the automotive industry led the list of increases in Morocco’s exports with an increase of 19.1 percent.

The automotive sector was followed by agriculture and agri-food exports, with a 3.9 percent increase.

Phosphates and derivatives exports increased by 16.5 percent to MAD 24.919 billion.

Tourism, one of the pillars of Morocco’s economy, increased by 15.5 percent.

A year earlier tourism receipts fell by 5.8 percent, according to the foreign exchange regulator.

The source also reported an increase of 8.5 percent in remittances from Moroccan expats in the first six months of 2018 against 0.2 percent in the same period of 2017.

Despite many multinational companies operating in Morocco, foreign direct investments (FDI) declined by 33.1 percent against a rise of 24 percent in 2017.

In its 2017 report, the foreign exchange regulator said that Morocco attracted nearly $2.57 billion of direct investment in 2017.

The number represents a rise of 12 percent from a year earlier, when the United Nations Conference for Trade and Investment said that Morocco’s FDI declined 29 percent. 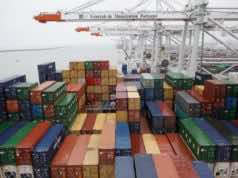