Rabat - Morocco is participating in the first Panama International Film Festival, which is held from July 17 to August 11 and presents film productions representing several countries. 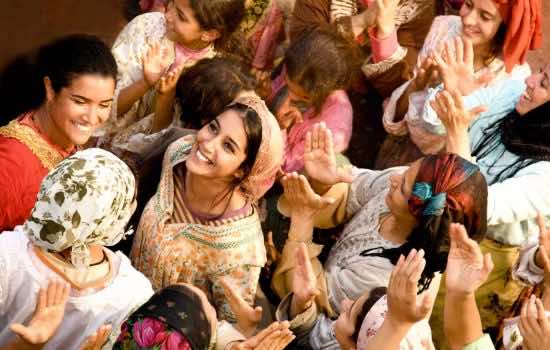 Rabat – Morocco is participating in the first Panama International Film Festival, which is held from July 17 to August 11 and presents film productions representing several countries.

The festival is organized by the Ministry of Multilateral Affairs and Cooperation in collaboration with the embassies of participating countries.

The hosting Panamanian minister said that the event will allow fans of the seventh art to discover cinematographic works retracing different stories related to women from different countries.

After highlighting Panama’s remarkable cultural presence in Morocco, Morocco’s Ambassador to Panama Oumama Aouad noted that Moroccan participation in the artistic event aims to devote the kingdom’s cultural presence to the country, putting the kingdom in the spotlight.

Moreover, he underlined the importance of culture as an instrument of dialogue among people.

Through the presentation of the film The Source of Women, a feature film shot entirely in natural settings in Morocco, the Panamanian public will have the opportunity to appreciate natural landscapes as diverse as they are breathtaking.

The public will also get to know the fight of women against discrimination and marginalization as well as the challenges they face in their path to emancipation and improvement of their conditions.

The film, directed by French director and screenwriter Radu Mihaileanu, tells the daily struggle of women from a remote village to fetch water from a mountain.