Rabat - Henda Ayari’s version of events has been questioned after new evidence has emerged in Tariq Ramadan’s rape case. 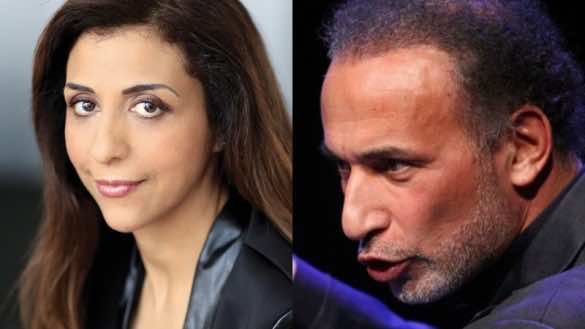 Rabat – Henda Ayari’s version of events has been questioned after new evidence has emerged in Tariq Ramadan’s rape case.

In October, Ayari, an author and former Salafi, had accused the prominent public intellectual of raping her.

After Ayari’s accusation, four other women came forward alleging Ramadan raped them. The Islamic scholar was indicted in February for rape, including that of a “vulnerable person,” before being remanded in custody.

On Thursday, July 19, Henda Ayari and Tariq Ramadan came face to face for the first time in the office of the three Parisian investigating judges in charge of Ramadan’s case.

Despite confessing to having had five extramarital affairs, Ramadan has always denied the rape accusations.

According to French outlet Le Point, the magistrates have several elements collected by Paris investigators which contradict the statements Henda Ayari made about the day she claimed to have been raped.

A few months ago, Ayari took to her Facebook page to tell the story of her rape, recounting that in 2012, on the sidelines of a congress of the Union of Islamic Organizations of France (UOIF), Ramadan invited her to join him in a hotel room and raped her.

“I have been silent for several years for fear that he might take vengeance,” she said, explaining that he had threatened to “take it to my children. I was afraid and I kept silent all this time.”

To verify her statements, the judicial police has proceeded, on July 9 to the hearing of her younger brother who according to the outlet no longer has relations with his sister.

Ayari’s brother asserted that on May 26, 2012, which is the date that Ayari said she was raped on, she was at his wedding.

“It took place in Petit-Couronne, 7 or 8 kilometers from Rouen…. The party began around 6 or 7. I remember that my sister was here that night. She was with her three children. I can’t tell you what time she left…. In my memories, she was present and smiling. It seems to me that we see it on a video of the marriage which is engraved on a DVD. “

Following this statement, the investigators found two photographs of Henda Ayari at the wedding.

The same police officers also received confirmation at the civil status office of the town hall of Rouen that Ayari’s brother was married on May 26, 2012.

Le Point noted that “the brother also assures that his sister was finally present at this ceremony from 20 hours to 3 o’clock in the morning and was installed at the table of friends of the bride.”

Will this new evidence lead the judges to reconsider Tariq Ramadan’s indictment? To be continued….