Rabat- It is not unusual for visitors to lose count of how many cats they see while traversing the streets of Morocco. Any person could reasonably infer that the Moroccan person to cat ratio is pretty close to 1:1. 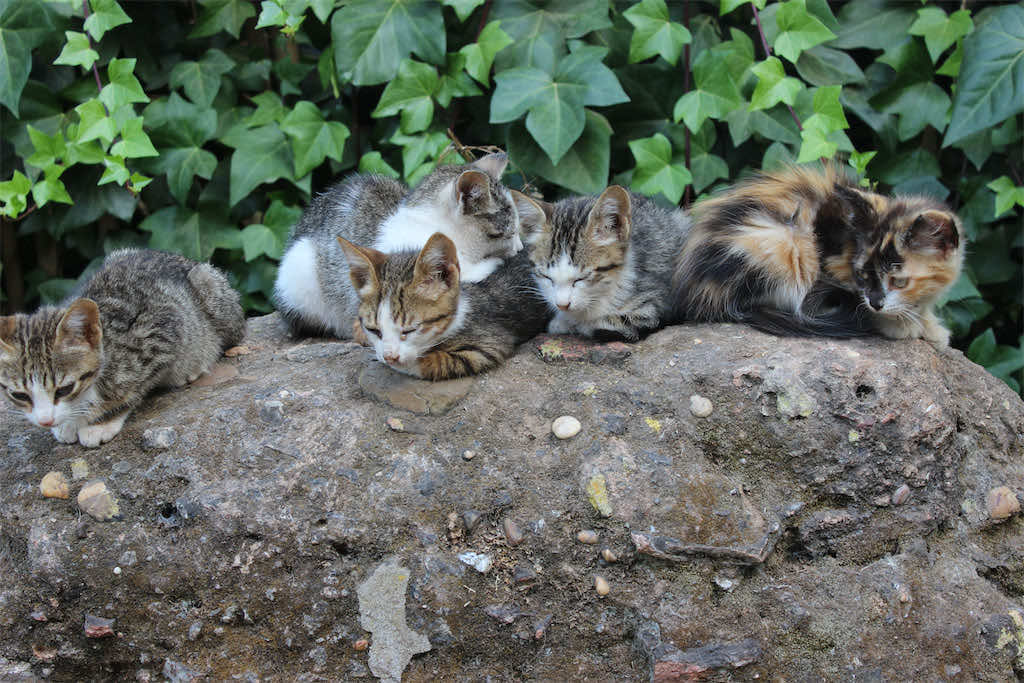 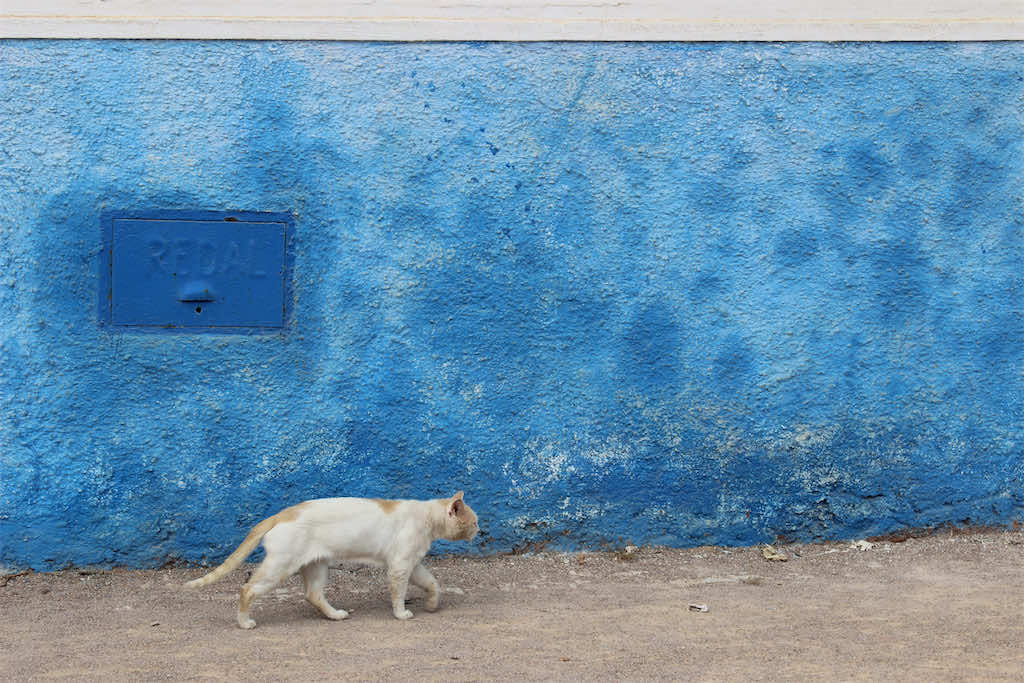 These felines have become as common as the men who frequent cafés and can be found anywhere from lounging in baskets of grain in the medina to hiding in storefronts or simply napping on a car hood (as the above photo indicates). Moreover, the cats have become an inherent part of Moroccan culture and everyday life.

Although there are varying takes on the prevalence of these animals, the general consensus among Moroccans is that they are not a bother. The small trays of water and piles of cat food that can be found around the city would at least indicate some fondness and care for the creatures among the people.

According to Rabat resident Samira Baazzaoui, cats are a very normal and accepted part of the culture. It is an everyday occurrence to see the cats while walking around the city and the medina. No one is ever intentionally cruel or unkind to them, and some people will even buy cheese to feed to them.

It is said that the tie to these animals is embodied in the Islamic faith which influences the attitude towards the cat population. The Prophet Muhammad is believed  to have been personally affectionate towards cats and to have said in a hadith: “Affection for cats is part of faith” (Maqasid al-Hasanah, al-Sakhawi).

In accordance with the faith, cats are considered cleaner than most creatures, so much so that if a person were to touch a cat before prayer, they would not need to wash their hands. However, a person who touched a dog would be considered unclean and need to change into a new outfit. 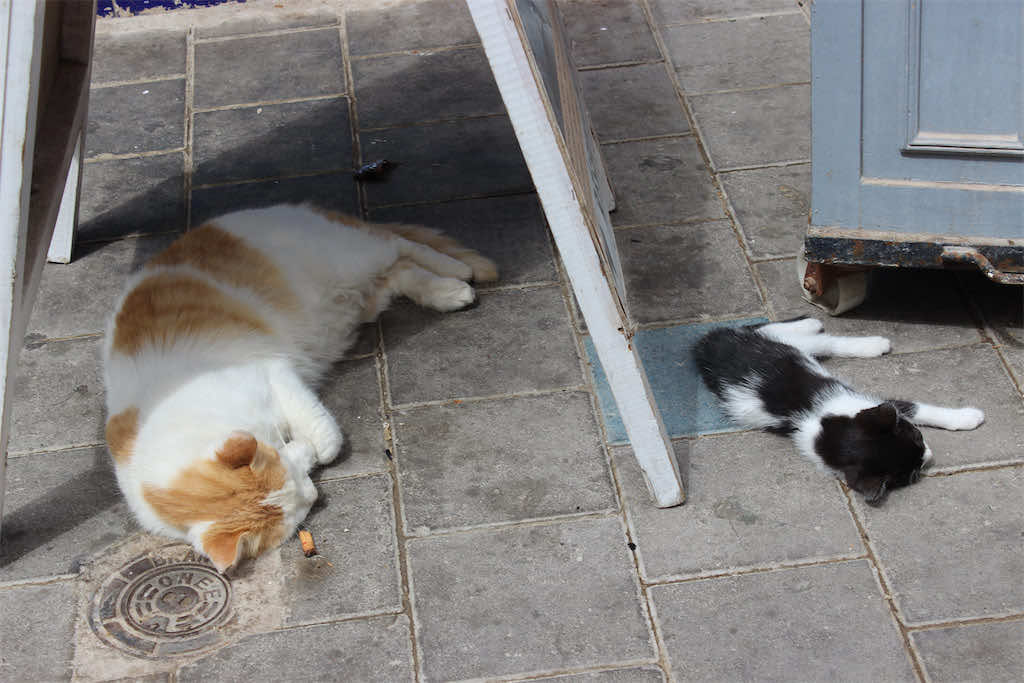 Maryem Karouach, a resident of Casablanca and owner of three cats, noted that “there is even a hadith where the Prophet Muhammad tells about a women who goes to hell for capturing a cat and not feeding it.”

In one story, the Prophet Muhammad is said to have gone to put on his robes at the time of prayer, but found his cat, Muezza, sleeping on one of the sleeves. Rather than disturb him, he cut off part of the sleeve to allow the cat to continue sleeping.

Aside from their religious significance, cats have become largely ingrained into the everyday Moroccan experience. Boulaouan Mohammed owns a store in the medina of Rabat that sells pet care supplies.

Mohammed says that unfortunately, it can be costly to take care of cats and keep them as pets. “All of the vets who have clinics are private, but there are no public vets with free services for the cats.” In addition, he said that medicine and treatment for animals is often more expensive than it is for people. Because neutering is expensive, reproduction rates among cats is high, so the cat population continues to increase.

Despite this, Mohammed insisted that Moroccans love cats and can often be seen sharing their lunch with the cats. “Even though [people in the medina] don’t earn that much [money], they still give the cats water and take them to their homes…. People share their salary with the cats.”

(above: picture of the many cats that Boulaouan Mohammed and his wife have fed)

Although there is a  diversity of opinions on the presence of cats in the country, there is an agreed acceptance and perhaps even affection for them that the Prophet Muhammad himself shared. There is also an undeniable beauty at the humanity and everyday kindness that the cats have elicited from the Moroccans they live amongst.

The Angel in a Tan Djellaba: Caring for Chellah’s Cats