Spanish news outlet La Mar de Onuba reported that 25 percent of the 1,375 Moroccan workers who came to Spain for the agricultural season have abandoned their job and have not returned to Morocco after leaving their duties in Huelva farms.

According to the outlet, the numbers were introduced by Spanish professional agricultural organizations in a July 18 meeting with Jose Alarcon, the head of Spain’s migration agency and minister in charge of migration.

Alarcon went to the Huelva farms to monitor the situation and to verify the reported statistics.

According to the news outlet, Spanish farmers have also criticized ANAPEC for an unfruitful season this year, complaining about  issues this season, including multiple allegations of sexual harassment, assault, and abuses.

German investigative NGO Correctiv published a story on May 2 in collaboration with RTL Nachtjournal and Buzzfeed News  on Moroccan female agricultural workers in Spain and in Morocco’s Souss Massa region in the south.

In the report, women claimed that they were harassed, insulted, and raped in the field.

Morocco’s Minister of Employment Mohamed Yatim said that there were no official reports of “sexual harassment” against women in Huelva.

He admitted, however, that a suspect had been detained for questioning in Spain for alleged sexual assault.

Spain had also announced the arrest of the Spanish suspect, who manages a farm in Huelva. 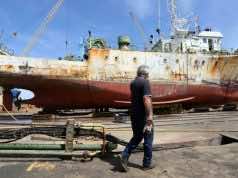 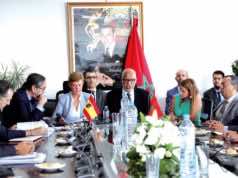 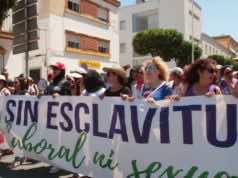 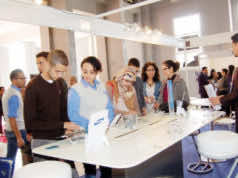 Agadir to Hold Symposium on Employment