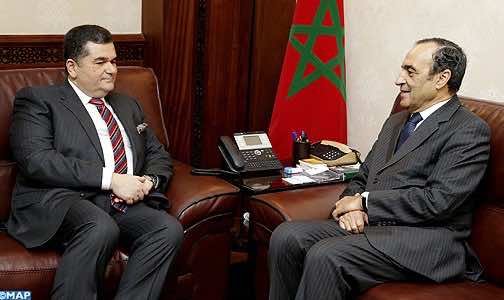 Rabat – The Moroccan state has continued to garner attention from Turkish investors as its stability, skilled workforce, and strategic positioning on the African continent has reinforced prior positive sentiments.

A variety of sources, such as the 2013 Global Peace Index, designate Morocco as the most stable, pacifistic, and democratic country within the North African and Middle Eastern region.

As one of the primary low-risk countries worldwide, Morocco draws non-residents with ease of legality within business and the geographic positioning that puts the state at the crossroads of all continents, thus rapidly facilitating trade.

Morocco’s export industry is dominated by phosphate and textile sectors with Spain,

France, and Italy as essential partners within industrial agreements. Since 1998, Moroccan exports have averaged MAD 11.65 billion, reaching an all-time high of MAD 24.31 billion in March of 2018.

Historically, Moroccan-Turkish economic relations have been primarily amicable, especially after the 2004 Free-Trade agreement that became effective in January of 2006.

The agreement granted industrial exports from Morocco immediate access to the Turkish market, whereas imports from Turkey remained under custom duties to be gradually dismantled over a ten-year period.

The primary goal—an upswing in the Moroccan economy—led to a deal designed to open European Union markets to Moroccan products while simultaneously providing protection to industries with rising Asian competitors.

Similar trade policies and commitments to the World Trade Organization (WTO), as well as shared views on security issues, immigration issues, and the situation in the Middle East region, continue to foster cooperation since the initial 1982 Trade Agreement signed by the two states.

Surprisingly, in January of 2017 Moroccan exports to Turkey decreased slightly but significantly by 18 percent following a peak in 2016. Turkish exports to Morocco, on the other hand, continued to steadily increase that same month.

Thus, during his recent visit to Rabat in July of 2018, Turkish Ambassador to Morocco Ethem Barkan Oz corroborated the favourable relations as he met with House of Representatives Speaker Habib El Malki.

During the talks, the ambassador discussed promising opportunities so long as both sides maintain cooperation. Further, in an official statement released by the House of Representatives, Oz deemed the exploration of said relations as imperative to the interests of both states—economic and otherwise.

The Turkish ambassador continued speaking of exceptional interstate relations as he noted the “historical and civilizational importance,” linking the two states. He further recalled, “The two countries have always been allies that support each other.” Moreover, Oz emphasized the importance of common history to note the significance behind promoting scientific research, organizations, or events that elucidate this shared history bound by an Islamic heritage as well as the upheaval of the Arab heartlands.

El Malki, the speaker of the house, agreed with the ambassador as he brought attention to the historic and solid relations between the states. He noted the gravity behind unifying the two and, additionally consolidating a Moroccan-Turkish alliance to increase investment opportunities on each side.

Turkish exports into Morocco doubled from 2012 to 2017, reaching MAD 9.8 billion, whereas exports from Morocco to Turkey have predominantly remained stagnant at only MAD 2.8 billion. The resulting Moroccan trade deficit with Ankara stands at approximately MAD 8 billion.

Whether these meetings will genuinely end in a positive investment opportunity for the Moroccan economy remains questionable, but what is evident is the presence of reasonable interest behind Turkish-Moroccan economic relations which will ultimately be pursued in order to continue Turkey’s upwards climb in trade deals, exports, imports, and investments. 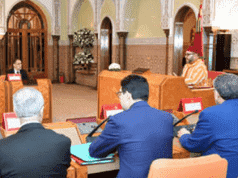