Rabat - Heavy rain in Morocco has produced an “exceptional” harvest this agricultural season, according to the Ministry of Fisheries and Agriculture.

Rabat – Heavy rain in Morocco has produced an “exceptional” harvest this agricultural season, according to the Ministry of Fisheries and Agriculture.

The Ministry of Agriculture published a statement on Tuesday to announce harvest statistics for the 2017-2018 season.

According to the statement, Morocco harvested 10.3 billion kilograms of cereals this year, exceeding the harvest of the previous season by 7.3 percent.

The ministry credited “good rainfalls and the performance of technical tracks promoted by the Green Morocco strategy” for the successful season.

The ministry explained that “this production has been achieved in a 4.5 million-hectare area planted with grain, compared to the 5.4 million hectares in the 2016-2017 season.”

The decrease in planted areas “was due to the delay of rainfall in the fall season,” added the statement.

The ministry noted that despite the delay, the Green Morocco strategy and new technologies improved Morocco’s agricultural yield.

“The exceptional harvest is also due to the evolution of the season in excellent climatic conditions characterized by abundance, regularity and good distribution of space and time for precipitation and moderate temperatures throughout the planting season.”

According to Minister of Fisheries and Agriculture Aziz Akhannouch, this season is marked by “generalized growth.”

In a statement to Le360, Akhannouch described the 2018 harvest as a “historic record.” 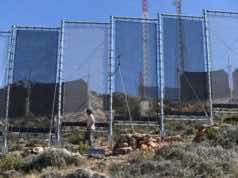 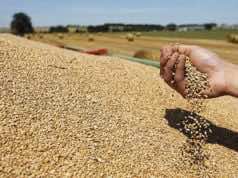