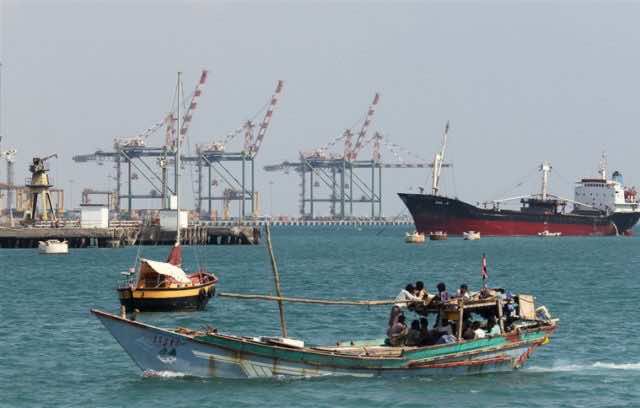 Saudi Energy Minister Khalid al-Falih said the suspension will continue “until the situation becomes clearer and maritime transit through Bab al-Mandeb is safe.”

State-owned oil company Aramco released a statement confirming that two Very Large Crude Carriers (VLCCs) with holding capacities of up to two million barrels, operated by the Bahri shipping company, were attacked by Yemen’s Houthi rebels in the Red Sea. He claimed that one of the ships had sustained minor damage, but no damage or oils spills had been reported.

On Wednesday, the Houthi-run network Almasirah reported that Houthi forces had launched a missile attack on a warship named the Dammam along Yemen’s western coast.

Bob Cavnar, an oil expert, told Al Jazeera that any delay of shipments leading to even small shortages would have repercussions globally.

Late on Wednesday, Brent Crude had risen 1.57 percent since the attack to $74.59 a barrel.

Saudi Arabia’s response yesterday stand in contrast to its response to a similar event in April when a tanker dubbed the Abaqiq was attacked. At that time, al-Falih calmed fears saying that shipments would continue as normal.

The 20-kilometer-wide strait is a major transit point of world oil supplies. The US Energy Information Administration (EIA) estimated that approximately 4.8 million barrels pass through the Bab al-Mandeb to global markets every day. Much of Europe’s refined oil products pass through the strait to international markets as well.

Saudi Arabia has other options to transport its oil, such as its massive pipeline connecting the Persian Gulf to the Red Sea, bypassing the strait. However, according to the EIA, Saudi, Emirati, Iraqi, and Kuwaiti ships would still be forced to navigate around Africa.

Yemen has been embroiled in conflict since the 2014 Houthi take-over of major population centers, including the capital Sana’a. In 2015 a Saudi-led coalition, including the UAE, began an offensive that has been highly criticised.

Thousands have been killed in the conflict from fighting, starvation, and diseases such as cholera. On the brink of famine, 22.2 million Yemenis, a vast majority of the population, are in need of humanitarian assistance.