Rabat - Morocco’s Ministry of Industry and Trade has announced that China’s Citic Dicastal will build two factories to produce aluminum car wheels, in Tangier and Kenitra, 45 kilometers north of Rabat. 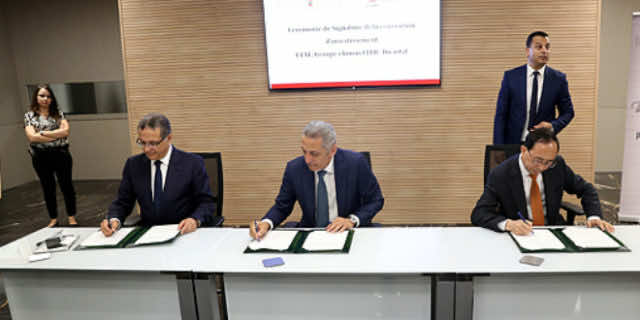 Rabat – Morocco’s Ministry of Industry and Trade has announced that China’s Citic Dicastal will build two factories to produce aluminum car wheels, in Tangier and Kenitra, 45 kilometers north of Rabat.

The Chinese giant will invest €350 million to build the plants. The company will build the first factory in Kenitra’s Atlantic Free zone.

The second factory will be built in Tangier’s tech city.

Minister of Trade Moulay Hafid Elalamy said the “implementation of this strategic project reflects the strong will of Morocco and China to reinforce their bilateral relations.”

He added that the construction of the first factory “should take less than 10 months.”

Elalamy claimed that Morocco’s automotive industry has established itself as a leading export sector and a driving force for the domestic industry.

He added that more efforts will be made to further support the sector.

Xu said that through this project, “Dicastal will expand its global coverage and contribute to the industrial development of Morocco.”

The Citic Dicastal Group has 30 production hubs in Europe, North America, and China dedicated to the production of light automotive components and aluminum rims.

The agreement followed an announcement in June of the launch of construction on Magneti Marelli’s production plant in Tangier. The project will cost MAD 405 million and create 500 job opportunities.

The plant will also be operational by 2019.

The automotive industry led the list of growing sectors in Morocco’s exports, with an increased production of 19.1 percent, in the first six months of 2018. This sector remains a top priority for Morocco. Morocco manufactured 341,802 passenger vehicles in 2017, for the first time surpassing South Africa which produced 331,311 units, according to a 2017 report conducted by IOL.

The report stated that South Africa, traditionally the continent’s leading car-producing country, is intimidated by Morocco’s growing production capacity in the automotive sector.