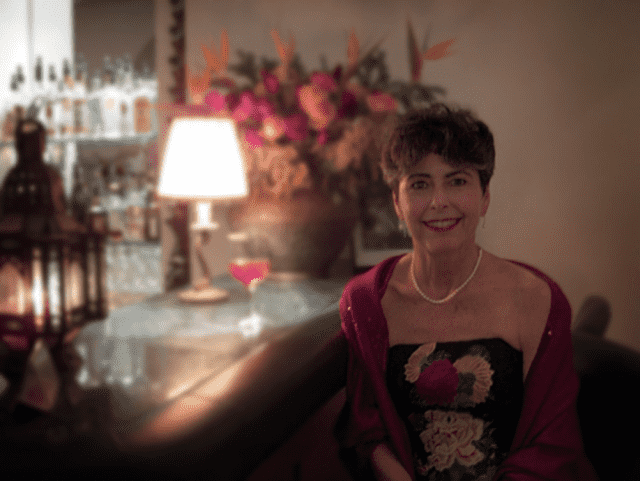 Rabat- Former American diplomat and founder of the renowned Rick’s Cafe Casablanca passed away Thursday, July 16th, according to the US Embassy’s Twitter account.

US-Moroccan relations have lost a champion. Kathy Kriger first came to Casablanca as a diplomat, but soon fell in love with Morocco. She made Rick’s Café in the classic film Casablanca into reality, and was a larger-than-life figure in the community. We will miss her dearly.

Details on Kriger’s death have not been made public at this time.

Kriger was born and raised near Portland, Oregon, in the United States. She founded her own travel agency and then traveled the world.

Kriger settled in Morocco in 1998. She worked for US and Foreign Commercial Service with the US Embassy in Rabat as a commercial counselor, but retired from the job a few years later to establish Rick’s Cafe Casablanca, a combination restaurant, bar, and cafe inspired by the nightclub featured in the 1942 classic film, “Casablanca.”

Like many foreigners before her, Kriger was disappointed to learn that “Rick’s Cafe Americain,” the periphery for the setting of “Casablanca,” was in fact purely fictional. Kriger saw the potential for a financial enterprise that had somehow been overlooked.

Kriger was a longtime fan of “Casablanca” from the moment she first saw it in 1974 in her hometown. After opening Rick’s Cafe Casablanca, it was said that most nights, Kriger could be found standing at the corner of the bar, earning her the nickname “Madame Rick.” She used to instruct waiters to refill her wine glass only with water until 11 p.m., at which time she allowed herself a glass of Moroccan Val D’Argan Blanc.

When Kriger decided to turn her dream to recreate Rick’s Cafe into a reality, the road was not an easy one. In fact, Kriger later wrote and published a book, “Rick’s Cafe: Bringing the Film Legend to Life in Casablanca,” explaining her motivations and some of the complications with founding the cafe.

First, Kriger took out a loan to purchase an old courtyard-style mansion built in 1930 and located in the ancient medina (the old city) of Casablanca, Morocco. The house was in very poor condition when work began, but its location held a lot of appeal. Furthermore, the mansion faced the port and had two palm trees positioned on either side of the main door. Kriger set about renovating the mansion, enlisting the help of renowned interior designer Bill Willis.

The loan that Kriger took out ran out before she started the cafe, so she turned to fundraising to help finance the enterprise. Kriger founded the company known as “The Usual Suspects,” and then set about finishing “Rick’s Cafe Casablanca” under its auspices.

Rick’s Cafe Casablanca opened its doors on March 1, 2004. Features like balconies, brass lighting, a sculpted bar, curved arches, and a 1930’s Pleyel piano pay tribute to the original “feel” of the cinematic cafe that inspired it. Enhancements such as traditional tiles and woodwork from Morocco’s craft industries have also been incorporated into the cafe.

Kriger’s goal was to make Rick’s Cafe Casablanca “everything it was in the movie, and then some.”

Although the movie was released under the name “Casablanca,” the name of the original script, “Everyone Comes to Rick’s,” showcases just how much the film centers on the activities of the cafe and not just romantic love. On the surface, “Casablanca” is an exotic and dramatic love story, but at its heart, it is actually a commentary on cultural tolerance and diversity.

The main character in “Casablanca” is a cynical, rich American named Rick who runs a nightclub known as “Rick’s Cafe Americain” in Casablanca during World War II. He pretends not to care about the ongoing war crippling Europe until his former lover shows up at his bar with a different man and disrupts his new life.

In the movie, Jewish refugees are seen passing through Rick’s bar, trading jewelry, money, and even sexual favors in exchange for exit visas. At one point, Rick has a change of heart and deliberately riggs a roulette wheel so that a Bulgarian woman does not have to sleep with the chief of police in exchange for a visa. In another scene, Rick’s head waiter is shown sharing a brandy with two Austrians about to migrate to the US. He also takes a moment to compliment them on their broken English.

Similarly, in creating Rick’s Cafe Casablanca, Kriger sought to convey a powerful message. After the considerable backlash against Muslims in America following the 9/11 attacks, Kriger wanted to create a place of tolerance and unity. This effort is apparent in some of the small details of the cafe, for example, the fact that the menu incorporates both American and traditional Moroccan dishes.

Kriger also sought to prove that an American woman operating alone in a Muslim society can run a successful business.

“Casablanca” is considered a classic tale and is often found on critic’s lists for the 10 greatest movies of all time.

The film’s origin story began when a Warner Bros. story analyst encouraged producer Hal B. Wallis to purchase filmmaking rights to an unproduced stage play entitled, “Everyone Comes to Rick’s.” The rights cost $20,000 and at the time, it was the most anyone had ever paid for an unproduced play.

Ironically, most of the film (with the exception of one sequence) was shot in Warner Bros. Studios in Burbank, California. None of it was ever filmed in Casablanca or in any other part of Morocco.

“Casablanca” was an A-list film that utilized established actors and exceptional scriptwriters; nevertheless, expectations of its success were relatively low. The movie production costs totaled $1,039,000 ($75,000 over budget), and the film grossed $3,398,000 domestically and $3,461,000 abroad.

The film was not so much an immediate hit as one that met solid success which grew into a large fanbase over time. Acknowledgment for “Casablanca” began to skyrocket when it won the Academy Award for Best Picture. Additionally, Michael Curtiz was selected as Best Director, and Julius J. Epstein, Philip G. Epstein, and Howard Koch were all honored for writing the Best Adapted Screenplay.

One of the reasons the film was not expected to be a huge success was that it was rushed into and through production. When filming began, the script itself was only half-completed. In the final days of shooting the movie, script was being written the very night before; sometimes dialogue for certain scenes was even written during filming and rushed onto the set.

Production was hurried along to take advantage of the publicity from the Allied invasion of North Africa and the capture of Casablanca from the Nazis during World War II. The movie was intended to boost morale and inspire hope in the thrall of worldwide conflict.

“Casablanca” was originally anticipated to release in early 1943, but due to production pressure it premiered at New York City’s Hollywood Theater on November 26, 1942. The United States Office of War Information prevented the screening of the film to troops in North Africa, however, fearing controversy and resentment over its romanticized plot. 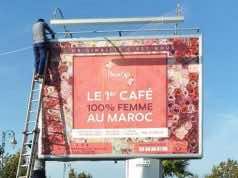