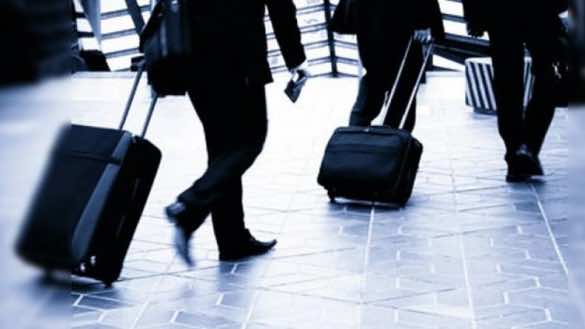 Rabat – It is not uncommon for educated professionals to pursue careers out of state as low salaries, poor work conditions, a lack of funding, and an absence of opportunities motivates the exodus of skilled workers in the Global South.

The brain drain of senior executives and engineers has caused recent concern in studies of migration, remittances, and the economic survival of the Moroccan state.

Said Amzazi, the Moroccan minister of education, spoke of the painful brain drain, noting that each year, over 600 engineers leave Morocco in search of better conditions and, ultimately, job satisfaction and better pay in a more academically-progressive environment.

The phenomenon is not exclusive to engineers. The president of the Moroccan Federation of Information Technologies, Salwa Belkeziz-Karkari, asserted that around 8,000 senior Moroccan cadres leave each year as well. Whether they were trained in the public or private sector, these individuals resign from their position in office to go elsewhere.

Further, Belkeziz-Karkari noted that French multinationals make weekly visits with Moroccan executives to persuade them to immigrate and resettle in France. In exchange, they are offered consistent wages, health benefits, and encouraging working environments.

Despite migration opportunities, 74 percent of Moroccan professionals living abroad are inclined to return to their country in hopes to put improve and develop working conditions in the state. However, some are still reluctant because Morocco’s atmosphere lacks appeal and thus, many fail to return in the end.

Emigration of professionals and academics in Morocco dates back to the 1950s. The ‘flight of human capital’ as it was called, referred to the movement of highly educated individuals to industrialized states. However, there was a  dramatic increase in numbers since the 1970s when other states’ selective immigration policies began to favor skilled workers.

Initially, Morocco gained remittances that aided economic survival. But over time, the lack of positive results through these investments aimed at development has caused a decline in remittances. The lack of results prompts emigrants to remain in states offering optimal opportunities. Consequently, the Moroccan economy has slowed down and the jobless are apprehensive of the government failing to facilitate employment.

The solution to this detrimental economic drawback may be simple. In order to accelerate and develop the financial system, halting the brain drain is essential. In order to retain educated individuals, the government could make a good start by improving working conditions, raising salaries, and providing research facilities.

If the government monitors emigrants with academic or professional capabilities and implements recruiting programs to facilitate not only their return, but the expertise they have amassed, the Moroccan economy has the potential to improve drastically if not develop to reach new heights of industrial capacity.