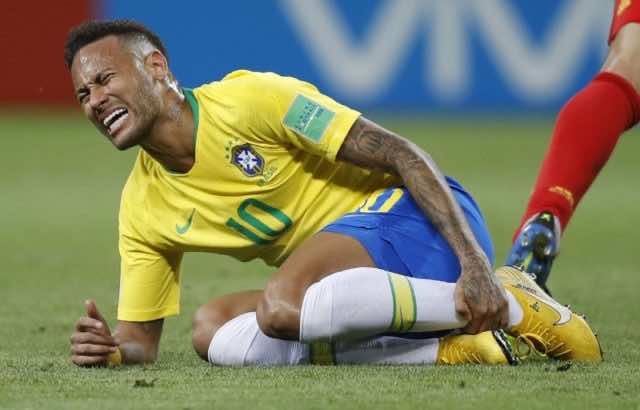 Neymar used a sponsor’s ad video on Sunday, July 29, to directly express a heartfelt apology to fans he “may have disappointed” in recent months.

Squarely addressing fans’ criticism of his dramatic exaggerations of opponents fouling him during the World Cup in Russia, Neymar said: “You may think I exaggerate. And sometimes I do exaggerate. But the truth is I suffer on the pitch.”

The tournament’s traditional favorites spectacularly underperformed at this year’s World Cup in Russia, with heavyweights Spain and Germany leaving the tournament much earlier than expected.

Brazil, however, were present for much of the Russian adventure, leading the polls as the favorites to win the trophy for the sixth time. That was until Belgium and forward Eden Hazard met Brazil in the quarterfinals, surprising Brazil with a solid 2-1 win.

Brazil fans, however, were far from dissatisfied with the squad’s overall performance—Brazil created clear chances and did dominate Belgium in many regards. Many blamed the loss on God, misfortune, and, overwhelmingly, Neymar’s negative influence on his teammates. Some football enthusiasts even called the team’s star player a “clown” and an actor more deserving of an Oscar than a Ballon d’Or.

In his defense, the forward cited his playing style as that of a boy who both “charms and irritates the world” as well as his inner drive to win and make fans happy. “I still haven’t learned to disappoint you,” he said, suggesting that the rationale behind his attitude is not that he is “spoiled” or “impolite”; instead, it is because he has not yet made peace with frustration.

“You may think that I fall too much, but the truth is I did not fall; I fell apart. That hurts more than any step on an operated ankle. I took long to accept your criticism. I took long to look at myself in the mirror and become a new man,” he said. “I fell, but only he who falls can pick himself up. You can keep casting stones, or throw away these stones and help me stand.”