Rabat - Adel Taarabt may return to the French league. According to sports outlet Goal, the Moroccan international midfielder is currently in discussions with French club FC Nantes for the coming season. 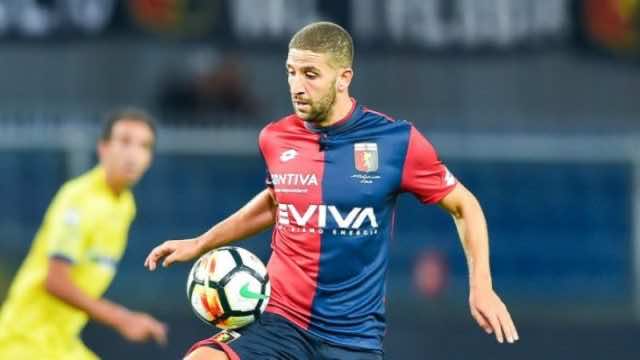 Rabat – Adel Taarabt may return to the French league. According to sports outlet Goal, the Moroccan international midfielder is currently in discussions with French club FC Nantes for the coming season.

The Atlas Lion, accompanied by some family members, met the president of FC Nantes, Waldemar Kita, on Monday, July 30, to negotiate a contract.

Last season Adel Taarabt played 22 Serie A games with Genoa. He made 18 starts and scored two goals and two assists. The Moroccan joined the Italian club in 2017 on loan from Benfica, with whom he has a contract until 2020.

Taarabt, who trained at RC Lens, has already played with some prestigious clubs, including Tottenham, Fulham, AC Milan, and Benfica.

However, the 29-year-old football player has developed a bad reputation. In multiple clubs, he has had trouble getting along with his teammates.

As for his career with the national team, Taarabt has not played for Morocco for over 3 years. Last year, he expressed a wish to be part of Hervé Renard’s list for the 2018 World Cup in Russia. Unfortunately, given his controversial past, Taarabt did not make the cut.

Taarabt made a number of mistakes while playing for the Moroccan team. On the eve of the national team’s match against Algeria during the 2012 Africa Cup of Nations qualifiers, he decided to leave the training camp and consequently did not play the match.

Taarabt immigrated to France with his family when he was only 11 years old. “People, especially Moroccans, do not know that I always felt pressure. People were always expecting me to be the future Zinedine Zidane [former French footballer], a pressure that was always difficult to manage.”

While he knows he will not be able to forge a better career, Taarabt does not regret what he has done so far. “I have already played for famous international teams, like Tottenham Hotspur, Queens Park Rangers, Benfica, which itself is an achievement.”

Taarabt also played for France’s national under-17 and under-19 teams.