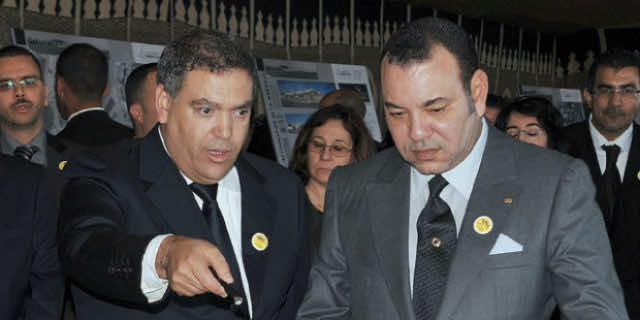 By
Tarek Bazza
-
Tarek Bazza is a journalist at Morocco World News with Master’s degree in Translation from King Fahd School of Translation in Tangier.
Aug 3, 2018
Spread the love

The aim of the meeting was to highlight the monarch’s guidelines and directives contained in his Throne Day speech on Sunday.

According to the ministry’s statement, the meeting examined ways to implement the three major projects King Mohammed VI ordered. The projects include administrative decentralization, reform of regional investment centers, and adopting a legal arsenal promoting investment.

The King asserted, “Jobs cannot be created, nor can a proper, modern social system be set up without a qualitative leap in investment, and without support for the nation’s productive sector.”

The King further asserted in his last speech that the administrative decentralization charter should be adopted by the end of October.

As for the reform of regional investment centers, the monarch stated that the reform will give centers “the powers they need to carry out their mission, including the possibility for the majority of attending members to make decisions, instead of applying the current rule of unanimous decision-making.”

The King said government agencies should have only one month to “respond to investment-related requests.” If the concerned agencies did not give an answer within the prescribed deadline, the request can be considered approved.

“I hope these crucial measures will provide a strong, unprecedented incentive to boost investment, create job opportunities, improve the quality of services offered to citizens and reduce foot-dragging which, as all Moroccans know, leads to corruption.”

According to the ministry’s statement, officials also discussed measures to strengthen the contribution of the Ministry of the Interior, together with the rest of the sectors involved and to create a “consolidated social register.” The register is intended “to improve targeting and strengthen coordination between social programs to enable more effective, transparent, and equitable social support programs.”

The “consolidated social register” is a program established by King Mohammed VI to gradually improve social welfare projects in the short and medium term.

In his last speech, the King defined the program as “a national registration system to identify families that truly deserve to benefit from social assistance programs.”

The Ministry of the Interior expressed its “commitment through its entire staff and all its central and territorial services, together with all security services, in order to serve the country and its citizens with integrity, commitment and responsibility.”