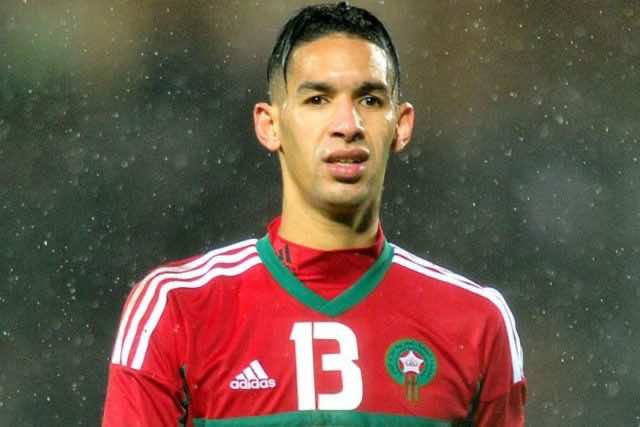 According to Al Massae, Al Wahda has offered MAD 6 million to recruit Moroccan football player Badr Banoune. However, his current club, Raja of Casablanca is not ready to let go of its central defender and wants a bigger offer.

Raja has refused to negotiate with the Arabian club and thinks that the Atlas Lion is worth much more than the offer.

The 24-year-old football player has already expressed his willingness to transfer to Saudi Arabia. However, Banoune has just committed for two new seasons with the Raja Greenboys.

Banoune is not the only Moroccan to receive an offer from the Saudi Arabian championship. Earlier this year, Wydad of Casablanca gave in to the appeal of another Saudi club, selling its striker Achraf Bencherki to Al Hilal for $9 million.

As for Atlas Lion Karim El Ahmadi, he signed three weeks ago with Al Ittihad Jeddah for a two-year contract.

Even Morocco’s hero in the World Cup, Nordin Amrabat, joined Nasr Riyadh, after being convinced with an €8.5 million offer.

However, Saudi Arabia’s charm did not work on Benfica’s Adel Taarabt. Earlier this week, the Atlas Lion revealed that he was approached by a club in Saudi Arabia that offered him a “contract of €3 million.”

Badr Banoune is a Moroccan footballer, playing the position of central defender for Raja Casablanca and for the national team of Morocco.

In 2013, after two seasons with the reserve team, Banoune went on loan at the beginning of 2014 for six months to Wydad de Fes. Banoune made his first steps in his professional career playing a few games there.

In 2014, Raja decided to loan out the player to Berkane Renaissance (RSB). During his time with the club, Banoune managed to become a regular starter and attract the attention of major clubs. RSB wanted him permanently, but Raja did not accept their offer.

In 2015, Banoune returned to his training club and officially signed a four-year contract with Raja Casablanca.

As for his career with the national team, Banoune played in the 2018 African Nations Championship as captain of the team and led Morocco to win CHAN for the first time in its history.

But he made his debut with the Atlas Lions last year. On October 2, 2017, he was called in as a substitute by the French coach Herve Renard to replace Jaouad El Yamiq in a qualifying game for the World Cup 2018 against Gabon.

Benoune will be one of the only players of the Botola Pro with Ahmed Reda Tagnaouti and Ayoub El Kaabi to be selected from the list of 26 players to take part in the 2018 World Cup in Russia. However he didn’t make the cut for the final list.