Rabat - Is Morocco a reliable partner for the EU in the organization’s bid to curb waves of irregular migrants? 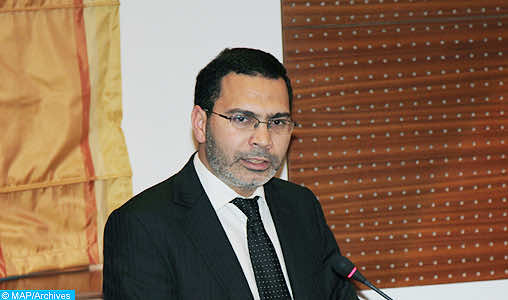 Rabat – Is Morocco a reliable partner for the EU in the organization’s bid to curb waves of irregular migrants?

Even though European officials have not bluntly voiced their dissatisfaction with the North African kingdom’s performance on migration management, recent developments in Brussels suggested a discernible loss of confidence in Rabat’s efforts to limit the flow of irregular migration to Europe.

But while EU leaders hesitate, pondering whether Morocco is being helpful at all in Europe’s bid to contain and limit the number of people crossing to the continent, Mustapha El Khalfi, Morocco’s government spokesperon, is adamant that the country has doubled its commitment to the cooperation.

Instead, it is Brussels that has not been doing enough to acknowledge and adequately accompany the North African kingdom’s efforts, El Khalfi said on Friday, July 3, speaking to the press after a government council.

“Morocco is making great sacrifices alone and with its own means as the amount of the [EU’s financial] support remains below the kingdom’s efforts.”

Whereas El Khalfi’s defense of Morocco’ migration policy was in many ways a direct response to the mounting skepticism in Brussels about Morocco’s partnership on migration, the spokesperson is believed to have been directly addressing the Spanish government’s most recent request that “Morocco should deliver better results.”

According to El Khalfi, Morocco’s performance has markedly improved in thwarting migration attempts, making it quite unclear why the EU is asking for better results.

Instead of giving the kingdom stern lectures on what to do, the EU needs to “push for a stronger cooperation of shared responsibility,” the Moroccan official suggested. He also urged Brussels to revise its position and ensure that “the financial compensation matches the kingdom’s efforts.”

On Thursday, July 26, more than 600 migrants forced their way over the border to Spain through Ceuta, a Spanish enclave bordering Morocco. The following day, a boat with 30 irregular migrants onboard landed at a beach in Tarifa, southern Spain, causing shock among sunbathers.

The second incident was essential in sparking debates about Morocco-EU cooperation on migration, especially after the Spanish interior ministry said in an official statement that the number of irregular migrants entering Spain through Morocco reached a record high in 2018.

The ministry estimated that over 20,000 migrants have so far entered Spain in 2018. Spain has now overtaken Italy as the number one entry point for irregular migrants, giving Rabat’s critics grounds to cast doubts on the kingdom’s commitment to the partnership on migration.

On July 31, German outlet Deutsche Welle headlined that Morocco is “a risky parter for the EU on migration.”

As the closure of the Balkan route—a migration path to continental Europe that passed through Turkey and southeast Europe—has left the North African path as the “most popular” entry point to Europe, Moroccan authorities must put more efforts into reducing the massive flow of irregular migrants, the German newspaper suggested.

Deutsche Welle wrote: “Since the majority of the migrants arriving in Spain are coming through Morocco, EU leaders want the North African country’s government to play a greater role in stemming the flow of people.”

What does Brussels want?

But what does Brussels really want from Morocco? Are the recent developments in Spain a pretext to lecture Morocco and force it to be more accommodating of earlier EU requests that Morocco had declined? Is there a far bigger iceberg hiding beneath Brussels’ complaints of laxity on Morocco’s part?

“For the past 15 years, the EU has been pushing hard for a deal that would see some of the migrants who came to the continent via Morocco returned there,” Deutsche Welle noted. More recently, in late June, differences between Rabat and Brussels came to the fore as another point of divergence was added to the decade-long stalemate regarding the return of some irregular migrants to Morocco.

Brussels had asked for the outsourcing of migration reception centers to Morocco and some other North African countries.

In 2016, Turkey and the EU agreed that Ankara should hold migrants seeking to cross to Europe in return for various political privileges and a financial compensation of €5 billion, and the EU wanted almost the same deal for Rabat.

But that offer, too, was declined. “Morocco rejects and has always rejected these kinds of methods for managing the issue of migration,” Nasser Bourita, Morocco’s foreign affairs minister, said in June.

Back to square one

Only after rounds of discussion and hesitation did Brussels finally decide to disburse more funds to assist Morocco.

A €55 million plan has been earmarked to help Morocco and Tunisia, with the bulk of the funds expected to go to Rabat. And according to the European Commission, the decision to heed Morocco’s requests “is only the start of a longer term operation.”

“We are fully aware of the needs as conveyed by Morocco that require much higher financial effort and we are prepared to deliver this,” Mina Andreeva, the EU Commission’s spokeswoman, told reporters on August 1.

The announcement called for more coordination between Spanish authorities for a “better handling of migration.” Sanchez also pointed out the “necessity” of “stronger dialogue and cooperation with Morocco.” According to the Spanish prime minister, Morocco is “a fundamental ally” in Spain’s bid to “manage and contain” the flow of migrants.