Rabat - One in three Moroccan graduates are jobless due to a sluggish economy and failing education system, according to HCP. 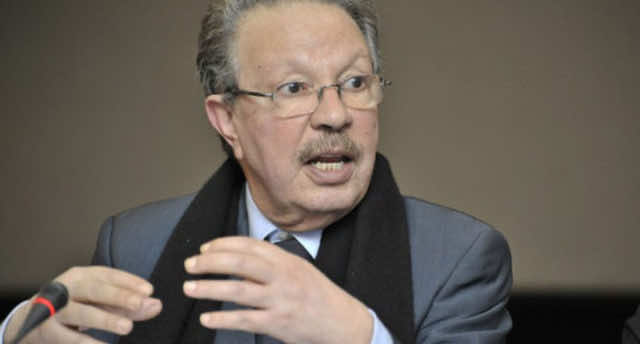 Rabat – One in three Moroccan graduates are jobless due to a sluggish economy and failing education system, according to HCP.

Ahmed Lahlimi, the head of the High Commission for Planning (HCP), Morocco’s leading institution for economic forecasting and institutional planning, sat down recently for an interview with Reuters. Lahlimi pointed out the country’s underperforming and down-sliding economic activities.

Despite increased efforts in recent years to reduce investment hurdles and attract more investors to some promising sectors, including renewable energies, aeronautics, and automobile manufacturing, Morocco’s labor market has been unable to absorb many young graduates, keeping the unemployment rate at 9.1 in 2018.

“In the last five years, an average 60,000 people have graduated annually from Moroccan higher education institutions, of whom 20,000 can’t find a job,” Lahlimi said.

Disconnect between education and market demands

Morocco’s unemployment rate in 2017 was 9.3 percent. And while that number has slightly decreased this year, the slim improvement has been due to the farming sector rather than any formal or state measures to make labor and education sectors more responsive to the country’s increasing needs, he explained.

According to Morocco’s chief planner, part of the reason for the underperformance of the country’s labor market is the great disconnect between the increasingly demanding labor market and school curricula. Moroccan universities have not kept pace with technological advances and do not currently equip their graduates with the skills needed in an evolving job market, Lahlimi suggested.

Most worryingly perhaps, vocational and training schools, which Lahlimi said were supposed to bridge the gap between labor market and the education sector, have only attracted “failed students” in recent years. On average, graduates’ motivation does not match the country’s highly demanding and increasingly shifting labor fabric, he noted.

“Education is the social ladder that could lift people out of poverty, reduce disparities and fight social inequalities,” he said of Morocco’s underperforming education sector.

Speaking of how vocational schools could make up for the mismatch between university graduates and Morocco’s evolving job environment, he added: “It should attract people who are motivated to do jobs that meet the needs of the job market in tandem with technological improvements.”

He said that a predicted low agriculture level in 2019 is expected to bring the country’s GDP growth rate lower than its current level. From 3.1 percent this year, Morocco’s GDP is forecasted to decrease to 2.1 percent in 2019, according to HCP’s chief.

“With such slow growth, Morocco is not doing enough to curb unemployment and bridge social disparities. The impact of growth on job creation has continued to diminish since 2000.”

Given such prospects that worry Lahlimi—slowing growth, high unemployment, and a widening trade deficit (7.8 percent in the first half of 2018)—he said, “Morocco needs to strengthen the competitiveness of its economic fabric, notably small and medium-sized enterprises.”