Rabat - It is the end of an era. Hafa, Tangier’s historical cafe, will no longer receive its faithful customers and tourists. 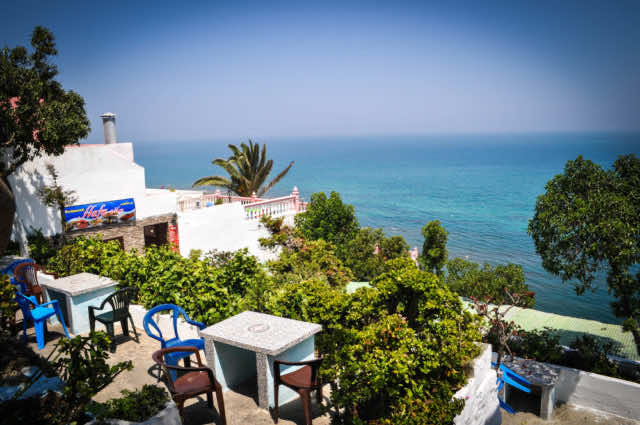 Rabat – It is the end of an era. Hafa, Tangier’s historical cafe, will no longer receive its faithful customers and tourists.

The mythical place has closed doors because of “illegal constructions,” according to local media Tanja 24. Local authorities went to the cafe on Saturday, August 4, to demolish a terrace that was built without “a license.”

The café added the terrace during the month of Ramadan without the prior permission of the prefecture.

In a statement to Arabic outlet Hespress, the owner of the café, Abderrahman El Akel, explained, “The authorities invaded the cafe and asked people to leave the place, including a dozen tourists. They cut off electricity and started to destroy the terrace they accuse me of annexing.”

Opened in 1921, Hafa is one of the oldest cafes in Tangier. Since then, the cafe has kept its simple decorations and style. Cafe Hafa has maintained its beauty, fame, and a good reputation that inspired numerous international writers.

Despite its popularity, each table at Hafa offered a degree of privacy resulting in a sense of artistic freedom. The unique atmosphere inspired many artists, including Tennessee Williams, Paul Bowles, the Beatles, and the Rolling Stones.

The cafe’s air will no longer be perfumed with the smell of cannabis, and the sounds of dice and dominoes will no longer echo through the open air terraces.

The scenic cafe is located outside of the Kasbah, overlooking the sea. Guests were often treated to enjoy music in the evening.