Rabat - A fight erupted in Denmark when a bystander attempted to remove a woman’s niqab, now illegal in the country. 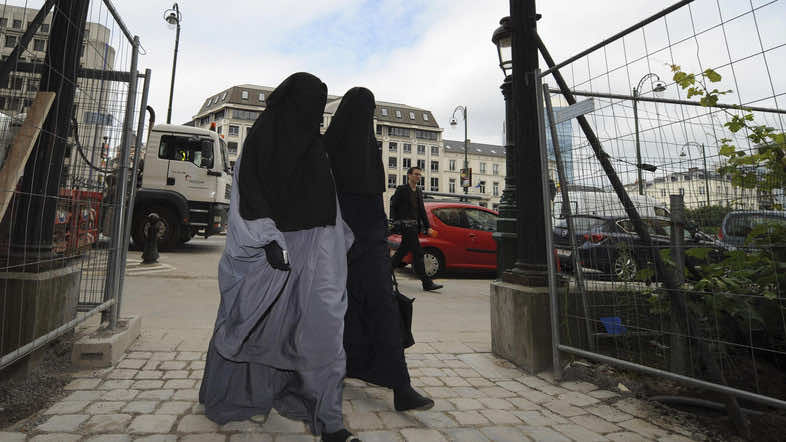 Rabat – A fight erupted in Denmark when a bystander attempted to remove a woman’s niqab, now illegal in the country.

The 28-year-old woman wore her niqab on Friday, August 3, to a shopping mall in Horsholm, north of Copenhagen; at the top of an escalator, another woman attempted to take off her niqab. Onlookers called the police, who gave her two options: remove the veil or leave the mall. Either way, she would receive a fine—the equivalent of MAD 1,470—in the mail.

If she continues to wear the niqab in public, she could receive a fine of up to MAD 14,684—or a jail sentence of up to six months.

The Danish Parliament passed the legislation, which mandates that “anyone who wears a garment that hides the face in public will be punished with a fine,” on May 31. The law does not specifically mention the niqab or burqa; the judgment of what does and does not constitute an illegal face covering falls to the police.

On the evening of August 1st, the day the law officially entered into effect, hundreds of people of varying religions and ethnic backgrounds gathered in Copenhagen to demonstrate against the legislation—in niqabs and burqas, colorful scarves, horse heads, and fake beards. The crowd marched behind a sign reading, “My clothes, my choice.”

Denmark’s second-largest city, Aarhus, saw a protest against the ban the same night. The facially-covered demonstrators did not receive a fine, as the law makes an exception for those peacefully protesting.

A 2009 study by University of Copenhagen professor Margit Warburg measured niqab- or burqa-wearing individuals at less than 0.2 percent of Muslim women in the country—approximately 150 women in a country of 5.7 million.

However, to the women wearing the burqa or niqab, the issue is critical.

Sabina, a 21-year-old education student in Denmark, began wearing the niqab two years before the ban. She said she donned the face veil to feel more connected to God.

“The niqab is a huge part of my identity. It’s a very spiritual choice—and now it has also become a sign of protest.”

Sabina is one of the founders of Kvinder i Dialog (Women in Dialogue). Begun by niqab-wearing women, the organization strives to create a link between Muslim women and the population of Denmark.

Fellow Kvinder i Dialog founder Sarah, 30, is a student and mother. She said she once believed in Denmark’s tradition of tolerance; now, if she wants to go somewhere, she thinks, “Is it worth getting a fine?”

“I have never felt like a victim before,” she said. “This is the first time I’ve felt oppressed.”

“You have to be very strong to wear the niqab in Denmark. We are not going to lie down and let people kick us. We are going to fight to the end.”

“Latest in a harmful trend”

Although the law does not mention Islamic face veils specifically, MP Naser Khader plainly said, “We don’t want the burqa and niqab in Denmark.”

Danish Minister of Justice Soren Pape Poulsen said the face coverings are “incompatible with Danish values.” A spokesperson from the Danish People’s Party asserted the need for measures against the “Islamization of Denmark.”

Similar bans exist across Europe, in France, Belgium, and Austria. Globally, Spain, Italy, Cameroon, and Chad have partial bans. Morocco banned the production and sale of burqas in January 2017, but women may still legally wear them in public.